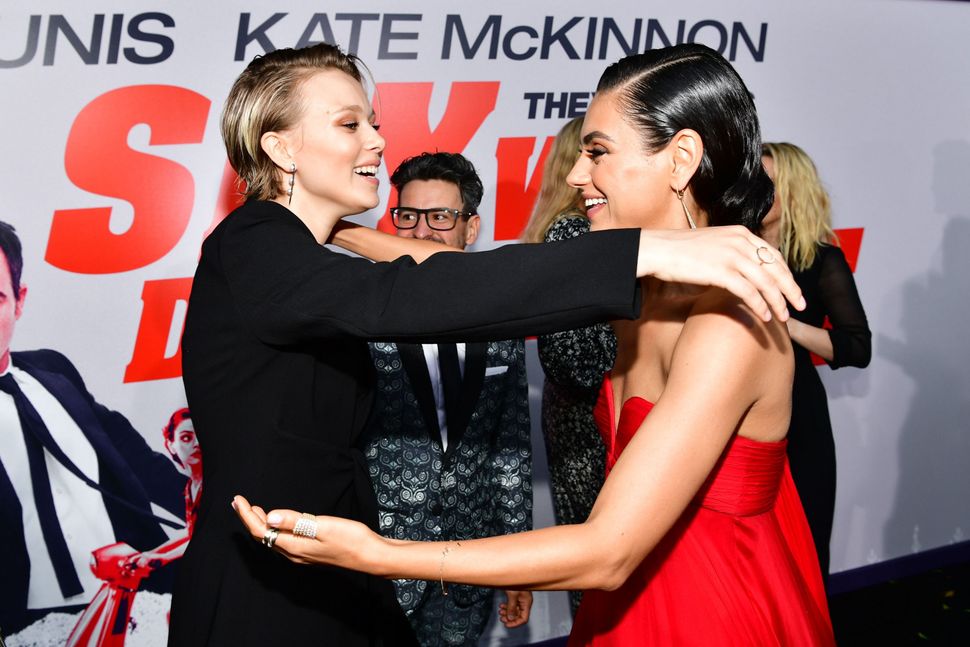 Before Mila Kunis was Ashton Kutcher’s wife, she was everybody’s dream girl. So we find it hard to believe that anyone (fictional characters included) would dump the superstar actress. But we’re getting over that pretty quickly because we suspect that “The Spy Who Dumped Me”, written and directed by Jewish filmmaker Susanna Fogel, just might be the comedy of the summer.

Come August 3, viewers will be able to watch Audrey and Morgan, played by Mila Kunis and Kate McKinnon, entwined in an international conspiracy that traces back to Audrey— Mila’s character’s — ex-boyfriend, who dumped her. For those who still think that their ex is the craziest of them all, think again. This movie will have you running through the roster of men you dated thinking, “Which one of them could have been a spy?” Could it be the one who still lived in their parent’s basement, secretly living a double life as a CIA agent? Talk about a plausible conspiracy theory.

In case you forgot, Mila is not just any Jewish princess. She celebrates shabbat every week with Ashton and their children, including letting their daughter having a sip of wine every week. Family and tradition are not the only things that are important to her. She admitted at the film’s premier Wednesday night that the friendship component of the film is what appealed most to her.

“It was about a friendship, and I think those types of movies rarely come about, about two women in a genuine friendship,” she said. “And it was fun, and things were blowing up around us and we were on this absurd fantastical adventure together. Who wouldn’t want to do it?” Kunis told The Hollywood Reporter.

Strong female leads aside, the movie also features two stellar male roles — a spy played by Justin Theroux, and an MI-6 agent, played by Sam Heughan. The “Outlander” star had this to say to The Hollywood Reporter about his co-actors, Mila and Kate: “I think from the moment they got together, the moment they started riffing off of each other, it was incredible. They feel like best buddies; there’s really no acting involved there. And I think they are. I think they really complement each other.”

There’s no surprise there. McKinnon is one of the greatest comedians alive and Kunis has always been as funny as she is gorgeous.

If you do plan to see the movie, we suggest seeing it with your BFF. Not you boyfriend— who clearly has every reason to be sussed out for living an undercover life.