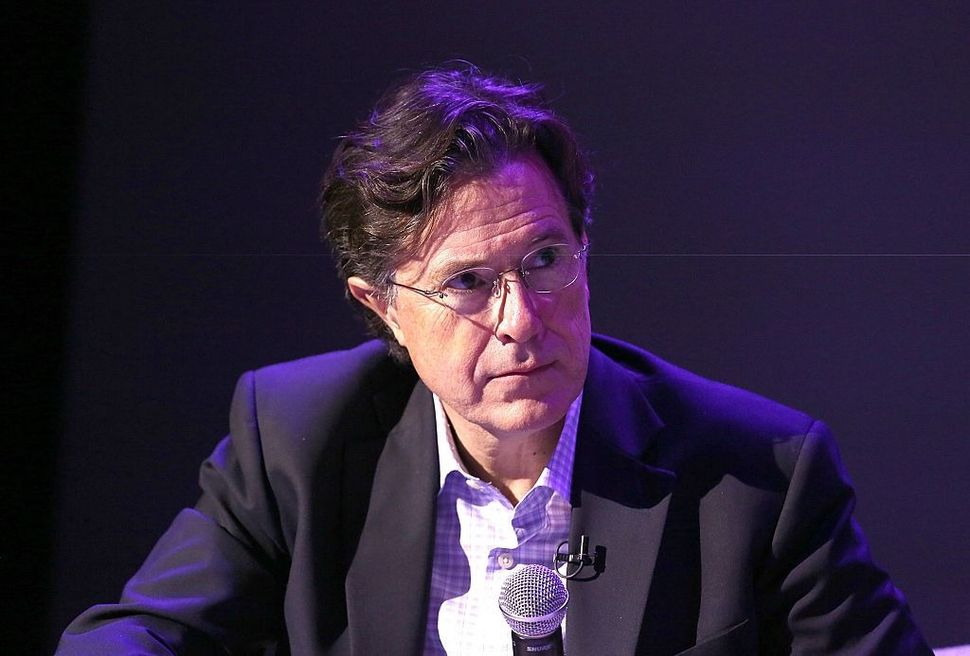 Colbert knew nothing, he said on Monday night during “The Late Show,” about allegations from six women that CBS CEO Les Moonves sexually harassed them. CBS is the network responsible for “The Late Show,” and Colbert freely admits that Moonves personally hired him, championed him and stood behind his work througho early low ratings.

But after Ronan Farrow last week published an exposé in The New Yorker reporting on the six women’s stories, Colbert had to take a stand. “I do believe in accountability,” he said in the bracing, personal segment. “Everybody believes in accountability until it’s their guy, and make no mistake, Les Moonves is my guy.”

But the accusations against him have to be taken seriously, Colbert said. “Powerful men taking sexual advantage of relatively powerless employees is wrong. We know it’s wrong now and we knew it was wrong then,” he added to applause, pointing out that “those were different times” isn’t a fair explanation since sexual harassment has not been something men have advertised in the past.

Colbert, who looks and speaks like a beloved professor, then said something that could have come out of the mouth of a college student. “Those who make peaceful revolution impossible make violent revolution inevitable,” he said, quoting John F. Kennedy. “For so long for women in the workplace,” he went on, “there was no change, no justice for the abused, so we shouldn’t be surprised that when the change comes it comes radically. This war is just a natural backlash to all that silence.”

Colbert showcased how to respond when a person who has always been kind to you is accused of horrific behavior. He didn’t deny the women’s stories. He didn’t disown Moonves to keep himself in the clear. He just told, it seems, the truth.

“I like working for [Moonves,]” he said. “But accountability is meaningless unless it’s for everybody — whether it’s the leader of a network or the leader of the free world.”