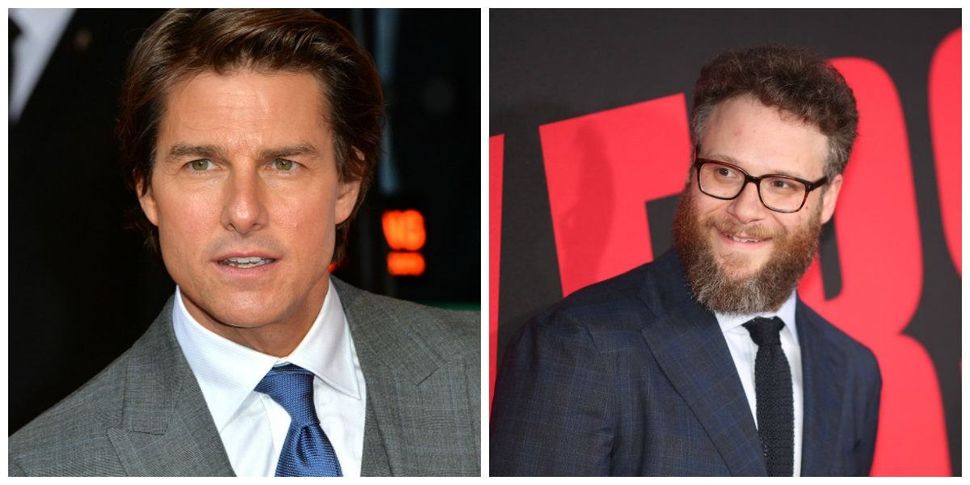 Now I know, I know, you’re asking yourself — is this the kind of news Abe Cahan imagined in the early days of the Forward? Would Isaac Bashevis Singer have tolerated this malarkey?

Rather, you should be asking yourself — from Cruise to Singer, why do we keep allowing white men to call the shots in this weary, dreary world?

And while we have you distracted by that thought, a reminder: Sex, drugs, and Judd Apatow will be parts of the Jewish experience as long as Jews keep engaging with them, and we don’t think there’s anything wrong with that.

In a celebrity MadLibs of an interview, mega producer and super-mensch Judd Apatow told “Late Night” host Stephen Colbert about a bizarre educational moment he witnessed between Tom Cruise and Seth Rogen. Apatow said that during the shooting of Apatow and Rogen’s 2006 comedy “Knocked Up,” the pair met with Cruise to discuss a project idea which sadly never panned out.

In the course of the meeting, Apatow says that the conversation, captained by Rogen turned to “marijuana and pornography.” (Frankly, if you don’t discuss those in a business meeting, it’s hard to claim you’re any kind of professional.) Apatow explained:

Apatow says that Rogen responded, “Yeah, I watch it all the time, it’s great! Everybody does it. It’s not a big deal anymore.”

It is just as the prophet Joel (2:28) spoke: “Your sons and daughters will prophesy, your old men will dream dreams, your young men will see visions.”