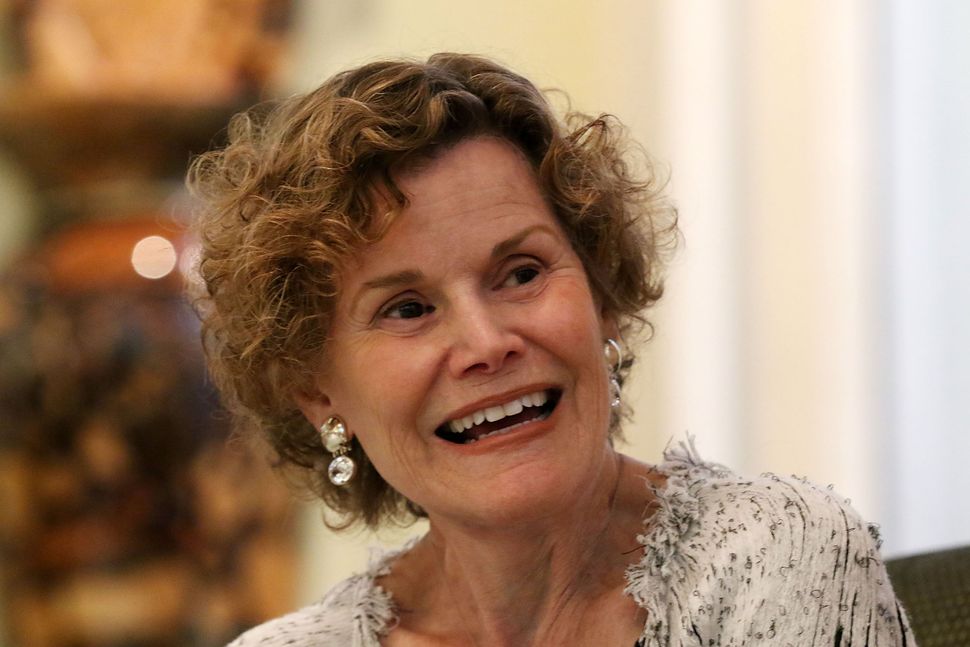 The goddess herself, Judy Blume Image by Getty Images

Are you there, God? It’s me, a former adolescent, getting in touch to say thank you for this wonderful news, and also we must, we must, we must increase our busts (because it’s never too late for prayer).

Living legend and powerhouse adolescent author Judy Blume has written over 30 books. Her debut novel was published in 1969, and her most recent publication was in 2015. Her words have influenced generations. And now, at 80 years old, she is going to option the rights to have them made into movies.

So which of my books, kids and/or adult would you want to see adapted for series or movie? I ask because I’m in LA meeting with many talented people. I think the time has come.

Only two other times have Blume works been brought to the big screen — once, in ye olde days of 1978, with Blume’s “Forever,” then again in 2012 with “Tiger Eyes.” But the idea that her cannon will be available for modern interpretation by major studios is huge. We hope it will make movies that will move kids today and inspire them to ask their parents questions that make them squirm. But more than that, we hope it will move those kids to hightail it down to the library and read some Judy Blume.

This is Judy Blume at 80. And we can’t wait to see her movies.

‘Starring Sally J. Friedman as Herself’ or ‘Are You There , God, it’s me, Margaret’ . Signed a Jewish girl who saw herself in the pages of your books and hopes Jewish girls will see themselves on screen in the adaptations???