Jules Feiffer, ‘The Spy Who Dumped Me’ And More To Read, Watch And Do This Weekend 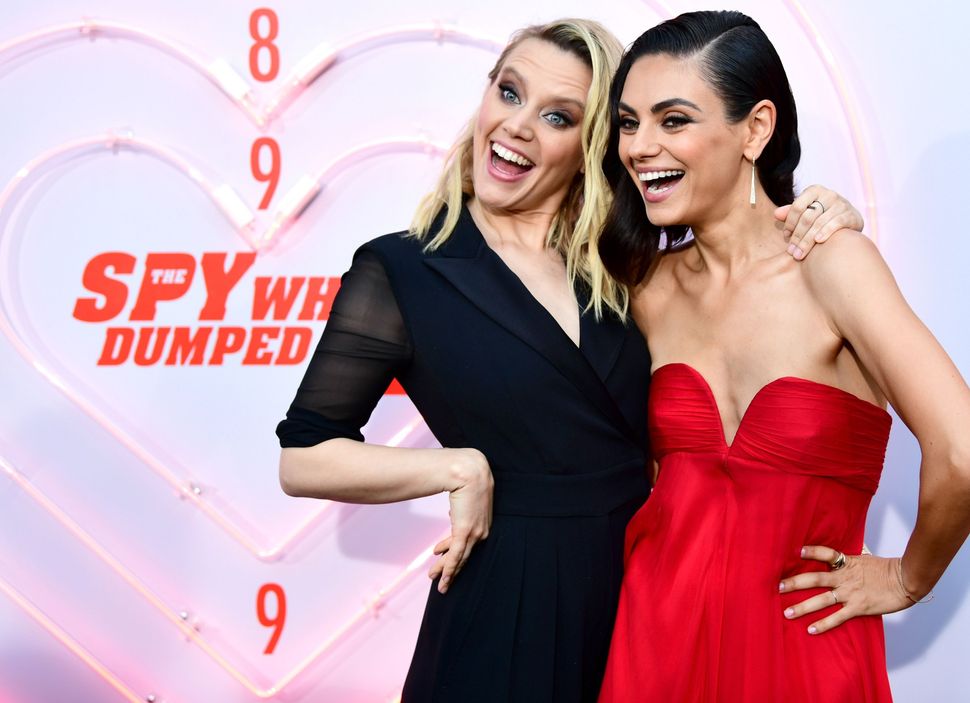 Kate McKinnon and Mila Kunis at the July 25, 2018 premiere of “The Spy Who Dumped Me.” Image by Emma McIntyre/Getty Images

Happy August! As we look forward to the fast-encroaching autumn, make the most of the remaining gorgeous days of summer and get outside. And before your hibernation reflexes kick in, take advantage of the best of this weekend’s cultural offerings in New York City, Washington, D.C, Chicago and Los Angeles, as well as the best new books and movies.

Jules Feiffer’s new graphic novel “The Ghost Script” is out this week, and should make for exciting reading. And two of 2017’s compelling nonfiction offerings are newly out in paperback: Michael Twitty’s “The Cooking Gene: A Journey Through African American Culinary History in the Old South” and Daniel Mendelsohn’s “An Odyssey: A Father, a Son, and an Epic.”

It’s something of a slow week for movies and TV — next week’s big release, “BlacKkKlansman,” can’t arrive soon enough — but if you must watch something new, you can choose between two comedies about unlikely international travel: “The Spy Who Dumped Me” and Netflix’s “Like Father.”

Friday night, head to the Strand to hear Isaac Shapiro talk about his memoir “Edokko: Growing Up a Stateless Foreigner in Wartime Japan.” Also worth catching this weekend is the Public Theater’s “Fire in Dreamland,” which closes on Sunday. And if you fancy an excursion, trek out of town to Bard College for the last performance of Anton Rubinstein’s opera “Demon,” which I reviewed here. (I also wrote about the forces that led to Rubinstein being little-known in the contemporary classical canon.)

Two exhibits beckon, this weekend. First, see the National Gallery of Art’s exhibit “Sense of Humor,” which focuses on funny art and features work by Art Spiegelman and Saul Steinberg. Next, head to the Smithsonian American Art Museum for “Diane Arbus: A box of ten photographs.” If you’re in the mood for something a little more toe-tapping, try a Friday night cabaret by Robbie Schaefer at the Signature Theatre.

Don’t miss Shira Piven’s take on Eugene Ionesco’s “Victims of Duty,” now on at A Red Orchid Theatre. Jen Silverman’s “The Roommate” is closing this weekend at the Steppenwolf, and will also make for an entertaining evening. And Sunday, catch the Eric Schneider Quintet as they pay homage to Charlie Parker at Jazz Showcase.

On Saturday, see the Amy Winehouse homage “The Winehouse Experience” at Troubador. A new ballet set to Leonard Bernstein’s “Candide Overture” debuts at American Contemporary Ballet this weekend, which is promising; so is “Hershey Felder: Beethoven” at the Wallis Annenberg Center for the Performing Arts.

Jules Feiffer, ‘The Spy Who Dumped Me’ And More To Read, Watch And Do This Weekend