Charlotte Rae Of ‘The Facts of Life’ Was A Proud Jewess 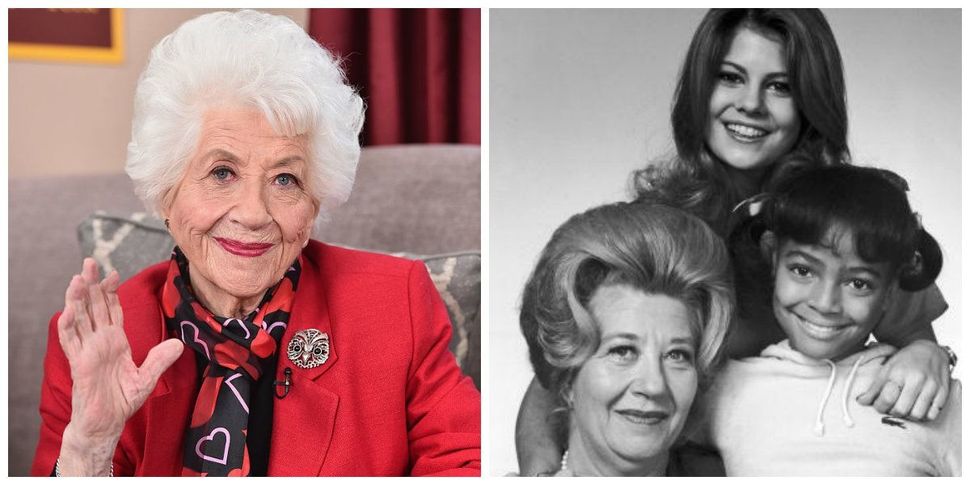 Charlotte Rae: At 91, and in 1980 in ‘The Facts of Life’ Image by GETTY IMAGES/FORWARD MONTAGE

Death is a fact of life. This week, we honor the life of Charlotte Rae, born Charlotte Rae Lubotsky, who brought joy, and wisdom as Mrs. Garrett in “Diff’rent Strokes” and the subsequent “The Facts of Life.” On Sunday, she died at 92 from bone cancer. In her last year, choosing to forgo treatment, she wrote, “I’m feeling so terrific and so glad to be above ground…I’d like to choose life.” Up to her last, she chose life.

Rae’s parents were both working class Russian-Jewish immigrants who raised her and her two sisters in Milwaukee. Her mother, a Zionist, was childhood friends with Golda Meir, Israel’s fourth prime minister.

Advised to drop her Jewish-sounding last name early in her career, Rae found a foothold in show-business, ironically, playing Sylvia Schnauser on the TV comedy “Car 54, Where Are You?” Her star climbed as she took on several starring roles on Broadway, garnering a Tony nomination alongside an Emmy nomination.

Rae earned a small, recurring role as Edna Garrett, the family housekeeper, on “Diff’rent Strokes,” and as her character became beloved, Deadline reports that it was Rae who suggested a spin-off surrounding her character. “The Facts of Life” starred Rae as a house mother to a group of teenage girls, and made Rae a household name.

Rae’s seven-year run on “The Facts of Life” ended in 1986, but she continued acting and receiving major roles until 2015. She loaned her voice to dozens of episodes of the “101 Dalmations” TV series, and starred on “ER” and “Pretty Little Liars.” She appeared in more than 50 TV shows. She acted alongside Meryl Streep in the 2015 film “Ricki and the Flash” and showed off her still razor-sharp comedic skills in Adam Sandler’s “You Don’t Mess with the Zohan.”

Rae was a survivor — after losing her mother and her sister to pancreatic cancer, she opted to be screened early and beat cancer. She co-wrote her autobiography, “The Facts of Life,” with one of her two sons. In it, she wrote plainly about her struggles with alcoholism, raising an autistic son, and on her husband, John Strauss, coming out as bi-sexual.

“At 91, every day is a birthday,” she wrote. Her advice, after seven decades of making art and entertainment, was this: “Savor the day and be good to yourself, love yourself, and then you can be good to others and be of service to others.”

Charlotte Rae Of ‘The Facts of Life’ Was A Proud Jewess