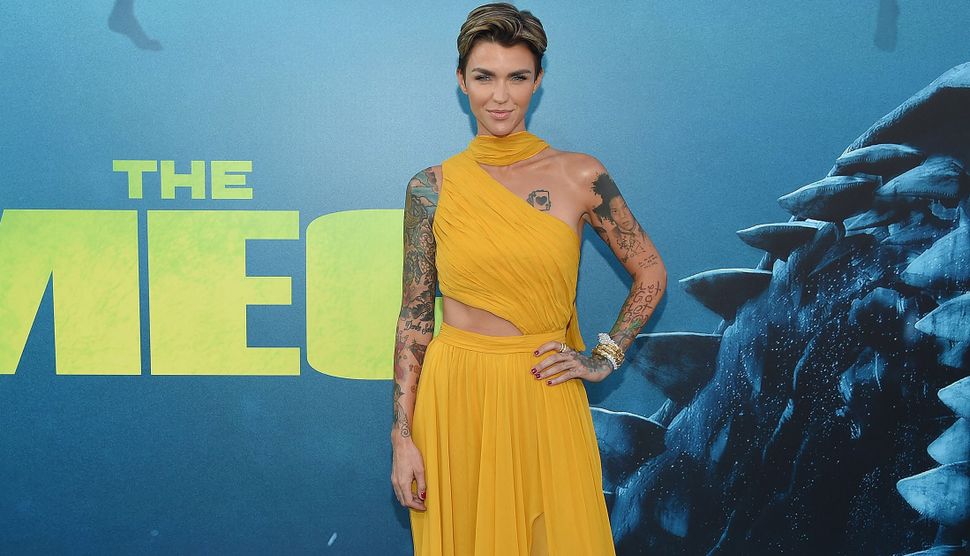 The CW has crowned its newest Batwoman: model-actor Ruby Rose will take up the queer, Jewish mantle.

Entertainment Weekly reports that Rose will make her first batty appearance in December, for an annual DC crossover event. A full-fledged “Batwoman” series is also currently in development. If the show is picked up, Rose will fly onto small screens at some point in 2019 for the first-ever TV series focusing on an LGBTQ superhero.

The show itself will be a bonanza of LGBTQ representation: Rose identifies as gay and gender-fluid. The Batwoman she’s portraying was reintroduced by DC in 2006 as an out Jewish lesbian. “Vampire Diaries” creator Caroline Dries, who will write and executive produce “Batwoman,” is gay. The promotional material for the “Batwoman” debut emphasizes the character’s sexuality — not a given, considering the straight-wash of other Hollywood productions, like the upcoming Freddy Mercury biopic.

“Armed with a passion for social justice and a flair for speaking her mind, Kate Kane soars onto the streets of Gotham as Batwoman, an out lesbian and highly trained street fighter primed to snuff out the failing city’s criminal resurgence,” reads the show’s official logline, according to Entertainment Weekly. “But don’t call her a hero yet. In a city desperate for a savior, Kate must overcome her own demons before embracing the call to be Gotham’s symbol of hope.”

What’s less clear is if the series will retain the character’s Jewish identity. Rose is not Jewish, but if she needs any pointers, she can feel free to shoot us an email. Selfishly, we’d love to see Batwoman swoop in early for the High Holidays and reserve the best seats for her and her girlfriend, a Gotham police officer. And we really, truly, hope that she had a bat mitzvah.

Regardless, we’re sure the show will fill that lesbian, hopefully Jewish, bat niche we’ve so been dealing with. Congratulations to all Jewish bats, lesbians, and Ruby Rose lovers!