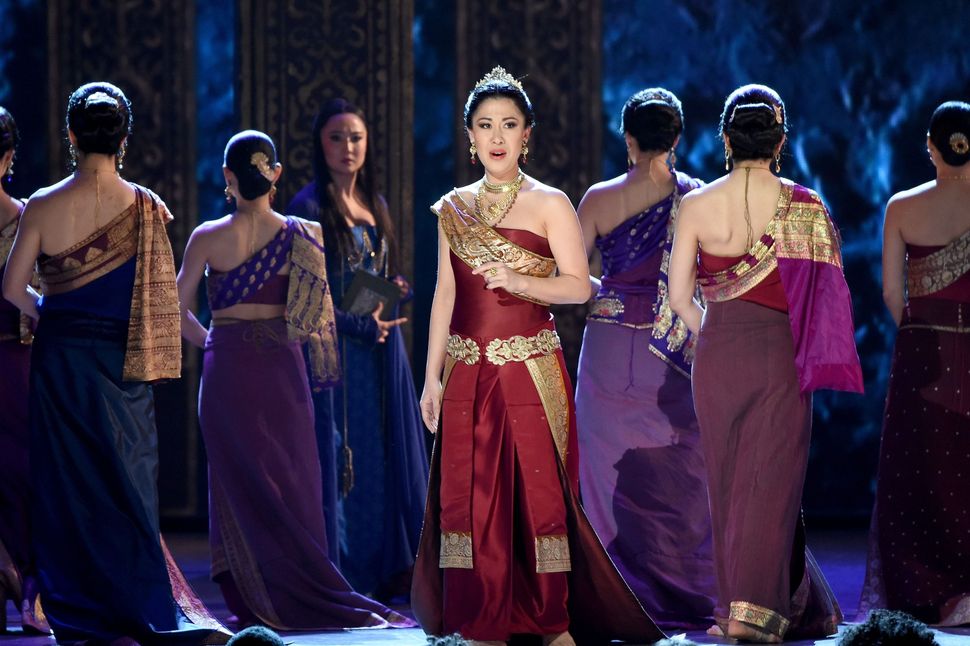 Ruthie Ann Miles gave her first stage performance since the devastating car crash that killed her four-year-old daughter and resulted in the loss of her pregnancy. Returning to the role that won her a Tony Award in 2017, Miles appeared in the London production of “The King And I” on the West End as Lady Thiang.

Miles, a Brooklynite, was only the second-ever Asian actress to ever win a Tony Award for performance. Before her glowing turn in “The King And I” she was a regular on the New York musical theater stage and had a recurring role on TV’s “The Americans.”

Horrifically, Miles and her friend Lauren Lew were crossing the street in their Park Slope neighborhood in March when they were hit by a driver running a red light. Miles’ four-year-old daughter Abigail Blumstein and Lew’s one-year-old son Joshua were both killed. Miles was injured, and in May she lost the pregnancy she’d been carrying. Her unborn daughter was named Sophia Rosemary Wong Blumenstein.

Two months before the crash, it had been announced that Miles would travel to London and assume her original role in the transfer of “The King and I.” After the loss of Miles’ daughter, followed by her removal from the ICU and the loss of her pregnancy, it seemed unlikely that the actress would perform in London, with various reports emerging.

On Friday night, August 3, Miles took to the stage, returning to her role. Kelli O’Hara, who won a Tony Award for Best Actress for the same production and also transferred to the London cast, wrote on Instagram: “Last night, our friend RuthieAnnMiles was a triumph in @KingandIWestEnd. Every moment was a gift and continues to be. She is singing like an angel and commanding the stage with a heavenly force. An inspiration to all. I knew you would want to know.”

Miles, whose performance as the first wife of a Thai ruler, is noted for its exceptional grace and sublime rendition of the song “Something Wonderful,” was greeted warmly my fans. “It was an absolute masterclass in strength and courage,” wrote one Twitter supporter. “I will be forever in awe of her performance and of her.”

“So good to see you back,” echoed another. And it was. Miles reportedly used a cane and took breaks during her scenes, the blocking adjusted so she could sit down. “Because of her brilliance and the depth of what she brings…all of a sudden you can’t imagine Lady Thiang being performed without a cane,” an audience member told The New York Post.

The London production opened in July. Miles will perform the role part time, split with the actress Naoko Mori, through the end of September.

Zichronam livrachah — Her children’s memories will be a blessing. And so will her performance. We bless you and wish you healing of body, mind, and spirit, Ruthie Ann.