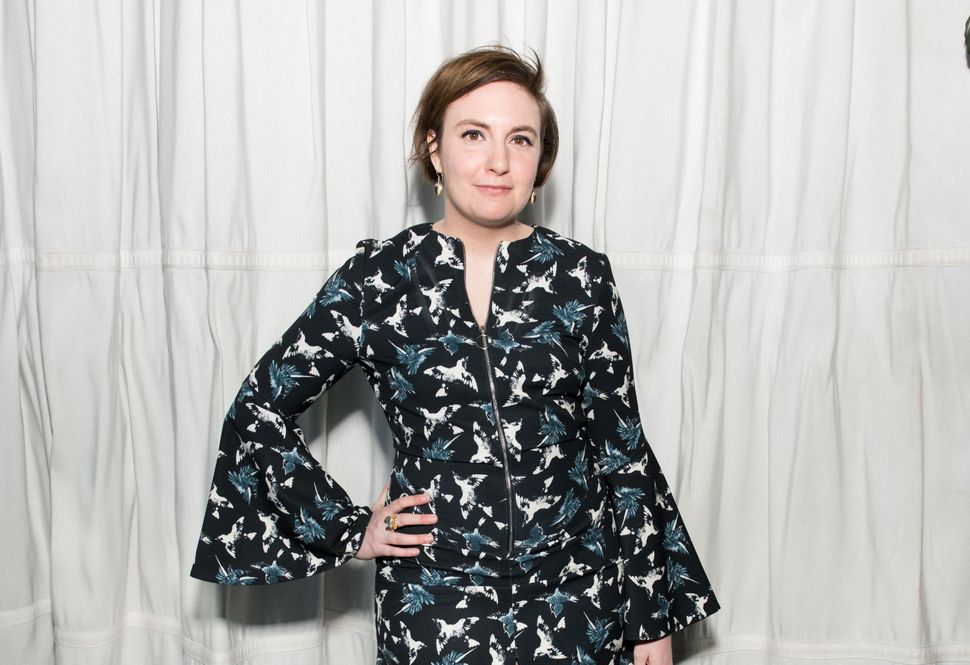 The “nine month” marker usually refers to the final stretch in a woman’s pregnancy. For those who will never carry a baby in their womb, the time period can symbolize another bodily reminder entirely.

In a moving Instagram post, “Girls” producer, Lena Dunham, opens up about her hysterectomy (the removal of her uterus). The post, intentionally, comes nine months after her surgery. “I’ve never celebrated the 9 month anniversary of anything and I realized last night why that number feels so funny- I won’t ever do it the way I planned to,” she wrote in the characteristically open caption accompanying the image.

The 32-year-old actress has been candid about the pain caused by her endometriosis, and the several hospital visits she’s been forced to undergo in less than a year. Ultimately, Dunham says, her choice to surgically remove her uterus proved to be the most difficult decision she’s had to make. In early February she published a visceral article in Teen Vogue, shortly after her life-changing surgery, in which she wrote about her dream of having children.

“The fact is, I never had a single doubt about having children,” she wrote. “Not one, since the day I could understand how families were made. And pregnancy was the glorious beginning of that vision. As a child, I would stuff my shirt with a pile of hot laundry and march around the living room beaming. Later, wearing a prosthetic belly for my television show, I stroke it subconsciously with such natural ease that my best friend has to tell me I am creeping her out.”

Dunham is committed to radical honesty when it comes to the pain caused by her condition: a couple of days ago, she tweeted a list of baby names that she made in 2015 with her ex-boyfriend, musician Jack Antonoff.

Even with the disappointment of not being able to get pregnant, Dunham says that even from the most pained place, she chose herself. She concludes her lengthy Instagram caption — accompanied by nude photos of herself- – by praising her uterus, which her friend, Paul, named “Judy.”

“Today I give thanks for Judy, for her graceful exit and for this body, which is stronger than I’ve ever given it credit for. Happy Giving Birth To Myself Day.”

Today is National Leathercraft Day, National Relaxation Day and National Lemon Merengue Pie Day. It’s also the 9 month anniversary of my hysterectomy. I’ve never celebrated the 9 month anniversary of anything and I realized last night why that number feels so funny- I won’t ever do it the way I planned to. My body is mostly healed and every day I find a new bruise on my heart, but today I offer myself gratitude: from the most pained place, I somehow knew to choose myself. The purest glint of who we are and know we can be is always available to us, calm and true at our center. My friend Paul named my uterus Judy, and when she was being uppity we called her out, hence the tattoo on my ribs, which hurt like fuck even through the pain meds: #RIPJudy. Today I give thanks for Judy, for her graceful exit and for this body, which is stronger than I’ve ever given it credit for. Happy Giving Birth To Myself Day.