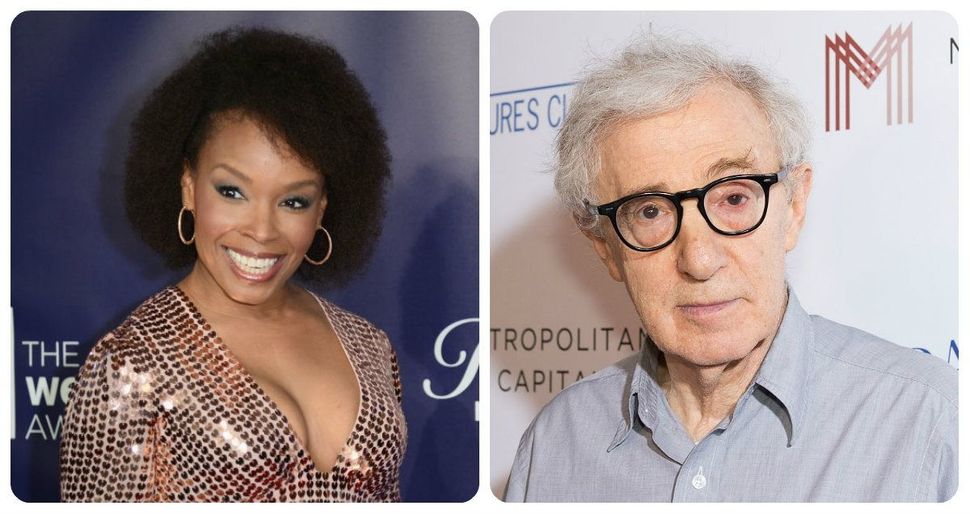 “Can you separate the art from the artist?” is a question we’ve asked at least 219 distinct times since the #MeToo movement kicked off a global reckoning about the powerful men who shape our world.

Let go of your guilt, says “Late Night With Seth Meyers” comedian Amber Ruffin, who took it upon herself to recreate some of the works of art made by men who have now been accused of sexual crimes. Ruffin takes on Cosby, Picasso, and Chris Brown in her sketch — now you can enjoy all of their works, as long as you don’t mind that they’ve been remade by Amber Ruffin.

But the comedian saves her best work for Woody Allen. Allen was accused of child sexual abuse by his adopted daughter Dylan Farrow in 1992, an accusation she maintains to this day. Whether or not that makes it difficult for you to enjoy watching Woody Allen movies, the knowledge that he did actually marry Mia Farrow’s adopted daughter Soon-Yi Previn doesn’t make “Hannah And Her Sisters” easier to watch.

But though you walk in the valley of the shadow of “Love and Death,” fear no lack of entertainment, for Amber Ruffin is here. Her acerbic critique of Allen’s supposed brilliant nebbishiness is sublime. Next time an actor gets to play themselves in three dozen movies, let it be Amber Ruffin.

Finally, you can enjoy art from problematic men like Woody Allen and Bill Cosby guilt-free now that @AmberMRuffin recreated their work. pic.twitter.com/tZpTwsIcQq