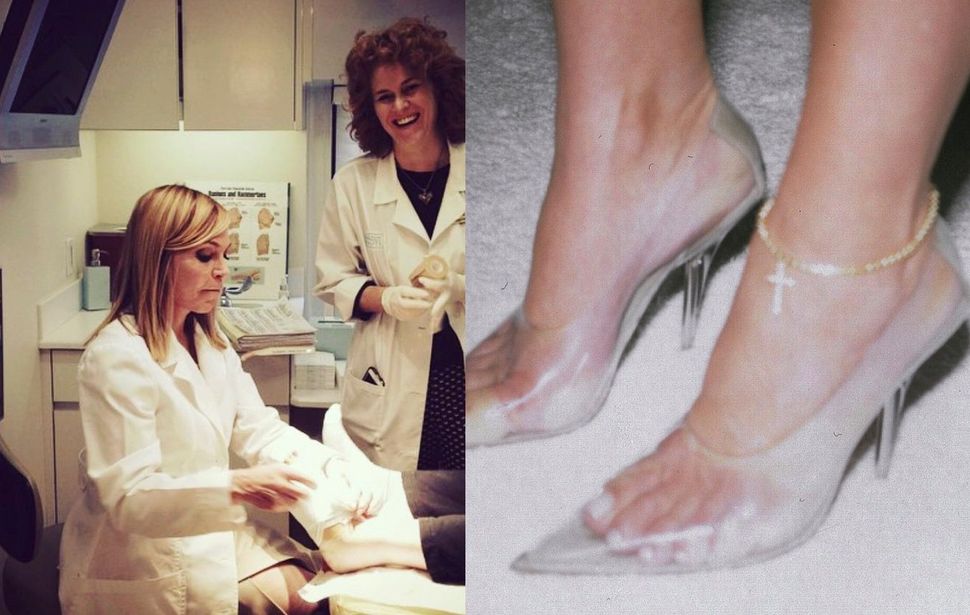 Throughout history, Jewish women have been at the forefront of taking care of everyone. There’s Judith with Holifernus, getting him drunk so she could sever his head and end a war that no Jewish man could have won. There’s Esther, who married a tyrant and hosted a bunch of awkward dinner parties in order to save the Jewish people from genocide.

And then there’s Dr. Suzanne Levine, a podiatrist based in NYC with an impressive resume of television credits (appearing on shows like Oprah and the Dr. Oz Show) who is on a mission to save Kardashian-obsessed trend-chasers from destroying their metatarsals. That’s right: Dr. Levine is a Jewish-American hero, here to save you from those Yeezy-designed torture contraptions known as clear plastic heels. As she told Elana Fishman at the NYPost, “You are putting your feet at serious risk by essentially wrapping them in non-breathable plastic.”

How does that put your tootsies at risk? We’re so happy you asked. Apparently, “Without any aeration, the moist environment can exacerbate pre-existing fungal conditions or bacterial infections, in addition to increasing your risk for blisters,” explained Levine. And that’s especially true in the heat of the summer, when people are sweating buckets just by walking outside.

But despite Levine’s Jewish mother helicoptering concern, she’s not a total buzzkill. She acknowledges that as “a real ‘shoe-aholic’ myself, I could see how the trend is tempting.” She even gives advice on how to wear the trend without totally screwing up your feet, if you absolutely insist on suffering in pursuit of Kardashian-level chicness: Spray powder or shoe shoe to prevent slippage or fogging up a pair as the temps turn increasingly muggier, wear them only for a few hours at a time, and only at night.

Saving the world from bad feet, yet also coming up with ways to pursue a trend that’s bad for you? I rest my case: Dr. Levine is a Jewish-American hero.