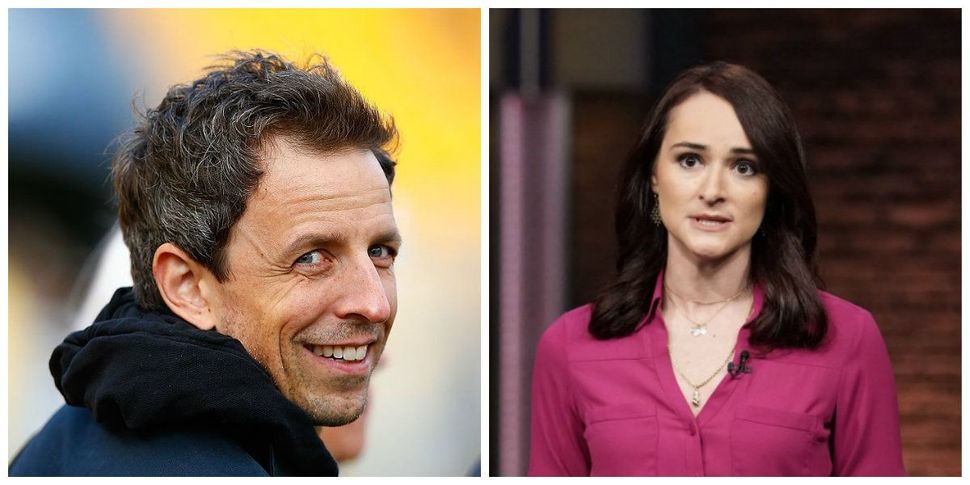 Dina Gusovsky used to be a CNBC reporter before she “threw it all away” to write for the “Late Night With Seth Meyers.” And before that, she was a refugee. In a recent segment on the comedy news show, Gusovsky stepped in front of the camera to share her story as an American immigrant who sought asylum with her family after enduring anti-Semitism in Russia.

More highlights from our Emmy nominated writing staff. #4 @DinaGusovsky was a real life journalist who threw it all away to work with us! Here she is talking about her journey as an immigrant https://t.co/Kf5ZQdmf0X #LNSMWriters

Gusovsky, whose family immigrated to the US in 1991, remembers that at the time “Jews were being thrown in jail for no reason, they couldn’t get jobs, and officials were constantly asking to see our papers. Russian Jews got asked to show their papers more than American Jews get asked which summer camp they went to.”

Gusovsky, who sought asylum with her family as a child and went on to be the youngest CNN employee at 20, said, “By the time I was five, I was more fully vetted than most of Trump’s Cabinet.” Immigrants and refugees, she says, go through a more extensive process than most Americans imagine — they’re vetted for up to four years and screened by a minimum of five government agencies. Finally, she pointed out that allowing refugees and immigrants into America isn’t a “liberal” idea — “You know which flaming liberal let me in?” she asked, pointing to a picture of Ronald Reagan.

So there it is — a young Jewish refugee. Some of those dangerous, dirty asylum seekers are just like you.