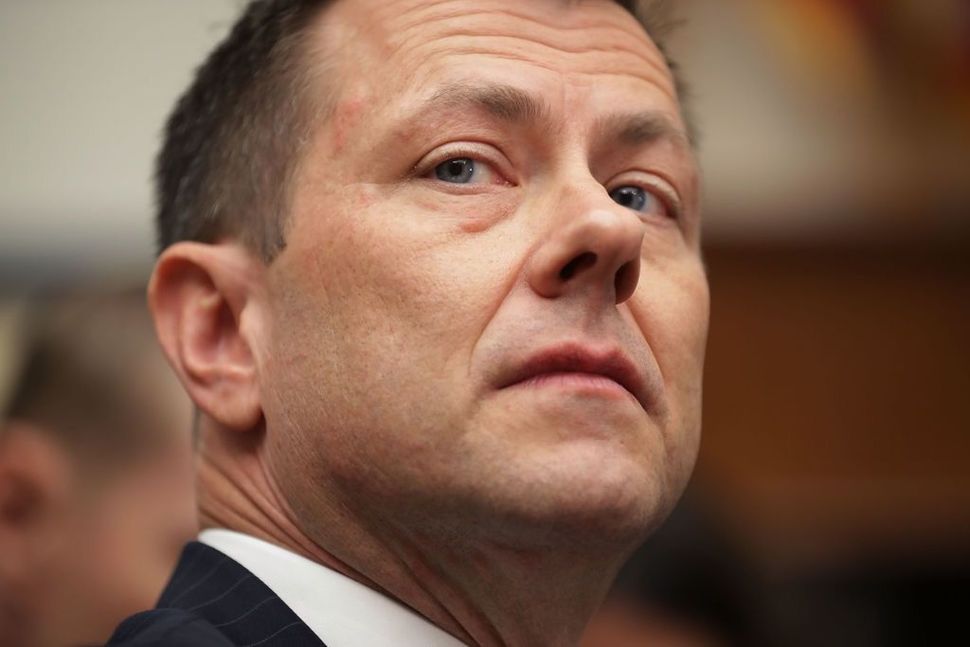 Nothing gets us like an adulterous rendezvous between two high-powered government officials. It sounds like the kind of cheesy rom-com that would tank at the box-office, but we are nonetheless stupefied and enthralled by Peter Strzok’s lack of stealth and, quite frankly, brain cells.

Peter Strzok was fired from the FBI last Monday, months after it was discovered that he had texted Lisa Paige, FBI lawyer and Strzok’s lover, regarding his animosity towards President Trump.

The former agent had been assigned to work for two critical investigations: firstly, the inquiry of Hilary Clinton’s usage of a private server, as well as the Russia probe that continues to rock headlines. Despite the confidentiality and neutrality that federal agents are expected to utilize while on the job, Strzok spoke freely with Paige over text regarding his personal dislike of the president, political bias blatantly lacing their conversation. Strzok refers to the President as a “disaster” and an “idiot” while speaking to his lover, which is worrisome as many wonder if his political partiality leaked into his work on the Mueller investigation.

Despite the clear wrongdoing on Strzok’s end, he has chosen to fight back and defend his honor in the best way one can in the age of 2018 – plaster his wounded self across the web. In a fairly shocking move for a former federal agent, Strzok created a Twitter account, where he proclaimed his innocence and directed his followers to click the link of a new Go Fund Me page so that the public can donate their funds to help cover his “legal costs and his lost income”. The page paints an entirely different picture of the vilified former agent, suddenly turning him into a loving family man, American hero, and tirelessly committed worker.

Excuse us while we roll our eyes. Repeatedly.

Trevor Noah devoted some “Daily Show” moments to this twisted undertaking, lambasting Strzok for the slimy move. Noah points out that Strzok has continued to up his fundraising goal — the number was first set at $150,000 and, upon reaching that sum, it was changed to a new goal of $350,000. Once the page reached $350,000, Strzok changed it again to $500,000. The “Daily Show” host slammed the former agent and called the page a “scam”, saying, “Okay, first up, this is some bulls**t, we need to address about GoFundMes in general…how do people say ‘this is the amount I need’ and then change the amount when they get it? That’s not a thing.” He goes on, “Imagine you met someone on the street and they’re like, ‘Hey man could you help me out. I need $50 to go see my family.’ You’re like okay here, here. Here’s $50. He’s like, ‘now that I’ve reached $50 I now need $100 to go see my family.’”

Trevor Noah who cannot be accused of being a Trump fan, jeered at Strzok’s brazen opportunism, finding it especially inappropriate due to the surplus of people on the site who are actually distressed and in dire need of financial aid. “Half a million dollars on a GoFundMe just for hating Donald Trump!” he moaned. “There’s cancer patients on that site that are like ‘hey, we hate him, too, can you pay for my treatment? No! You don’t really hate him, we can tell.”

Trevor Noah, calling it, as always, like it is.