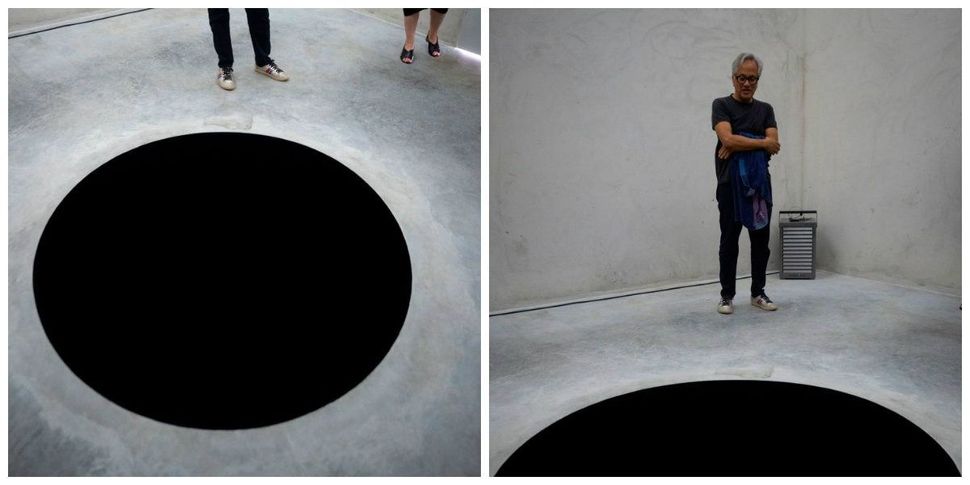 Such a visitor to the Serralves Museum in Portugal learned last week after falling into an instillation by Jewish artist Anish Kapoor. “Descent Into Limbo,” Kapoor’s 1992 work, features a circle in the ground painted pitch black. Despite signs and guards warning guests not to get too close, one visitor stepped on the work and fell into what is, in fact, an 8-foot-deep hole. The man, reportedly an Italian tourist in his 60s, was hospitalized but has been released.

Sir Anish Kapoor is a renowned UK artist whose distinctions include winning the 2017 Genesis Prize, the so-called “Jewish Nobel” for which he was given $1 million to distribute to a cause of his choosing. He chose to put the money towards efforts to aid Syrian refugees, particularly through Jewish-run organizations. He is the artist behind the iconic work “Cloud Gate,” also known as “the bean,” in Chicago’s Millennium Park.