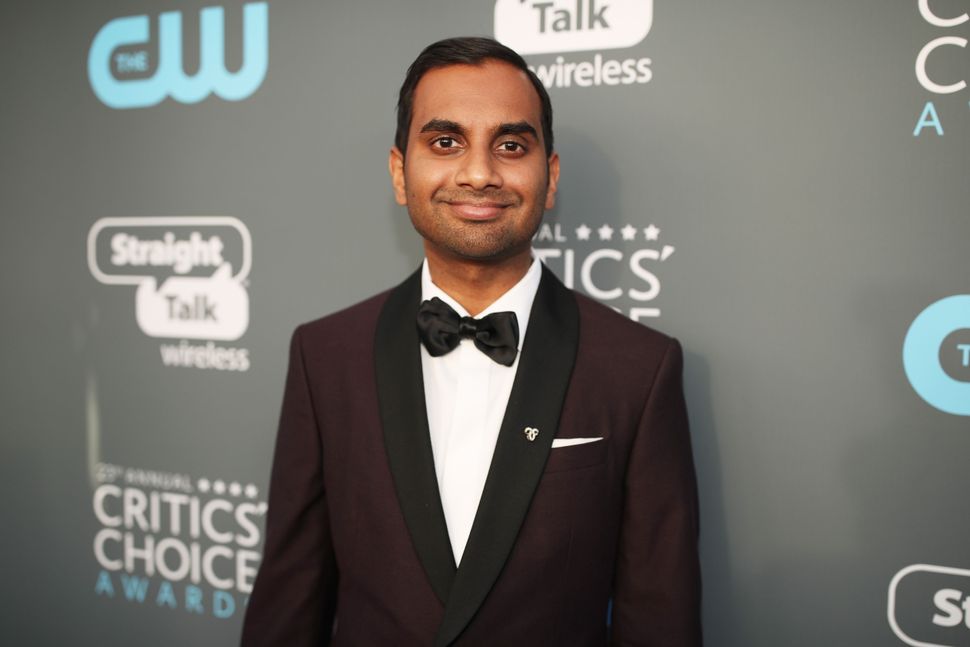 This post originally contained references to material from Vulture.com, they were not permitted to publish. It has since been removed.

It’s Elul, the month in the Hebrew calendar that marks the time of apologies and forgiveness. And yet again, a man has decided it is time for us to forgive him.

Aziz Ansari was a major comic, a beloved cultural figure, and the decorated auteur behind his own Netflix show, “Master of None.” Then, in January, an article in the online magazine Babe reported the story of an anonymous woman who said she had a sexual encounter with Ansari that she felt constituted sexual misconduct. Ansari released a statement saying that their encounter was “by all indications was completely consensual,” and disappeared.

You can read the Babe article here — it’s a poorly reported piece on a story that is about as confusing and controversial as a #MeToo account ever gets. Ansari wasn’t exactly accused of a crime — his behavior seems to fall exactly on the line between assault and not-assault. It’s certainly complicated by the fact that the comedian has positioned himself throughout his career as a cool guy — a feminist — a man who could write a 265-page book on the right way to conduct heterosexual relationships.

And he’s ready to make his return. Ansari has been testing out new material since May, in New York, Pennsylvania and Wisconsin, Ryan Glasspiegel reported for Vulture. And in a sold-out performance for 700 people this weekend, Glasspiegel caught his new act.

Unfortunately, sometime after we published this article Glasspiegel’s article was mostly removed and we were asked to take down our report of it. Which is such a shame. It used to be here.

Oh, Aziz! We have no way of knowing if you are a coercive harasser or an innocent man whose career was destroyed by false charges. We don’t know if we should believe that you are the person you say you are or that you are the person your one-time sex-partner says you are. We don’t know if you are a perpetrator or a victim of in a hard moment in our culture’s reckoning with power.

But can’t we agree that if you’re coming back from a scandal, you wouldn’t start by announcing that you don’t read the news and then, possibly, having a dig about Jews and what they see in their food.

If you did make a joke like that, couldn’t we agree that this is no time to joke about Jews being oversensitive about fearing violence and danger?

Aziz Ansari’s comedy has always made sensitivity the butt of the joke. He’s a major figure for Indian American representation, but otherwise he likes to set up camp in the middle of the road, opposed to overly “woke” sensitivities.

Ansari would probably say that finding any swastika-sensitivity joke offensive would be oversensitive. But hopefully he won’t be too sensitive if he continues to fall from grace.

Jenny Singer is the deputy lifestyle editor for the Forward. You can reach her at [email protected]forward.com or on Twitter @jeanvaljenny