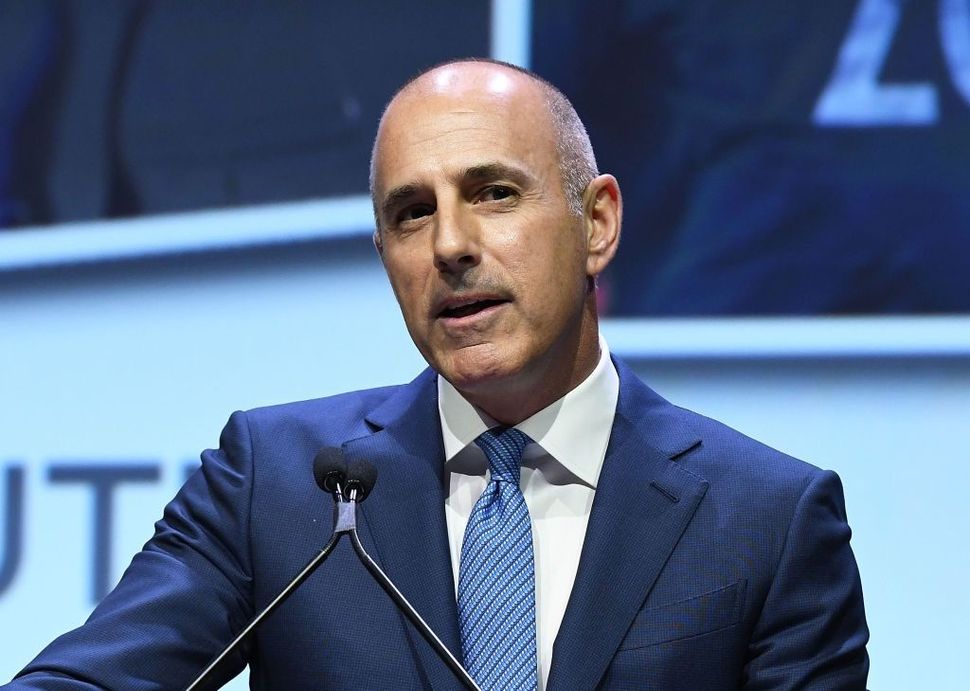 “Don’t worry,” Matt Lauer told a group of admiring fans. “I’ll be back on TV.”

Um, Matt…that’s not what we were worried about.

The former golden boy of “The Today Show” was accused by multiple women of sexual harassment and was fired by NBC last November due to “inappropriate sexual behavior in the workplace.” An investigation by Variety found that more than 10 women, many of whom had complained to the network, said that Lauer had sexually harassed them in the workplace.

So yeah, it’s really reassuring that he’s planning to come back to work.

Lauer reportedly dined at the Donohue’s Steak House in Manhattan this week and chatted genially with some admirers during the pricy meal. These fans, reportedly older women, lauded the disgraced ex-tv anchor with warm words and flattery, urging him to make a comeback.

They told Page Six that Lauer glibly said that the reason we haven’t seen much of him is because he’s “been busy being a dad”. Uh, no Matt — you’ve actually been pretty busy dealing with the repercussions of your plummet from grace.

When these fans cooed that they “miss him,” Lauer was quick to respond, “Don’t worry, I’ll be back on TV.” We can’t help, but feel a bit unsettled by this slick disregard for his prior wrongdoings. How can a professional resurgence be on his mind when he faced such major accusations in 2017? Does he really think that the public is willing to let allegations of sexual misconduct evaporate?

We wonder if the public will be willing to wipe his slate clean and allow him to attempt to publicly repent and return to the spotlight. No, we don’t just wonder — we worry.