Jack Black Is Having The Most Jack Black Day Ever 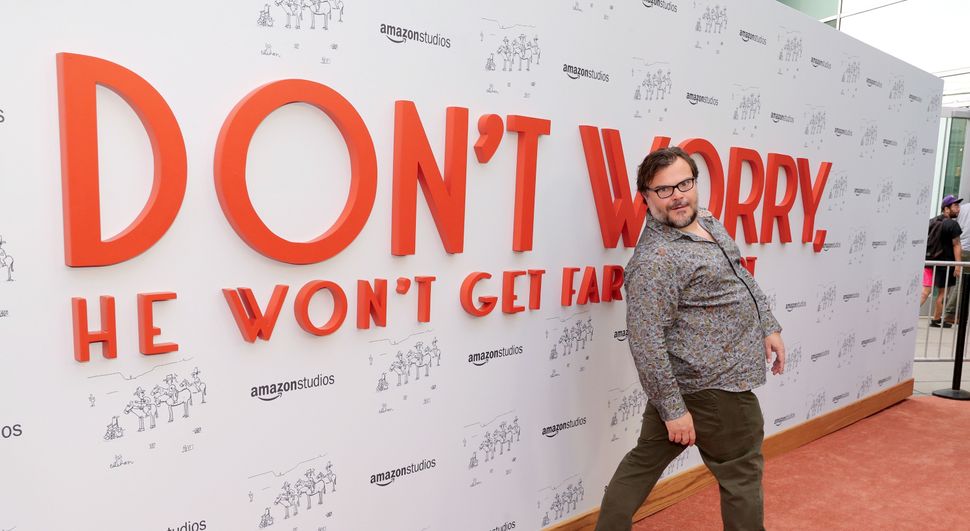 Jack Black at the premiere of his film “Don’t Worry, He Won’t Get Far On Foot.” Image by Getty Images/Christopher Polk/Staff

Funnyman Jack Black is 49-years young today and he’s celebrating like the queen he is.

A photo from his personal Instagram shows the “Tenacious D” frontman and Oscar nominee (robbed for “Bernie!”) lounging poolside in a Hot Wheels t-shirt with shades and a panama hat.

Let’s break down this masterpiece, shall we?:

Ever-fashion conscious, Black’s paired the gold-tinted white wine, perched in a glass on his knee, with Gold Toe socks. Shoeless, it looks like he’s not all that worried or planning to get very far on foot (if you see what we did there.) A look that would be matchy-matchy on some works for the star comedian: black t-shirt, black sweats, last name Black. As for his relaxed, confident stance it feels of a kind with that regal ape “King Kong” or Po of “Kung Fu Panda” fame.

Our man seems free, and maybe up for some complimentary birthday tortilla chips or, as those of us with a poor command of Spanish might say: “Nachos Libre.”

Did the “School of Rock” star miss his calling as a model? Tough to say, but nearing the half-century mark and sporting a salt-and-pepper beard, he looks to have retained that man-boy chic, even while rocking the dad bod — you know he slays at his kids’ birthday parties. Merely glimpsing him, reclining like a Roman sovereign, is pure entertainment.

Rock on, Jack. This bit of ‘Gram magic has given us “Goosebumps” and maybe even renewed our interest in your latest film “The House With a Clock in Its Walls.”

PJ Grisar is the Forward’s culture intern and resident Jack Black correspondent. He can be reached at [email protected]

Jack Black Is Having The Most Jack Black Day Ever