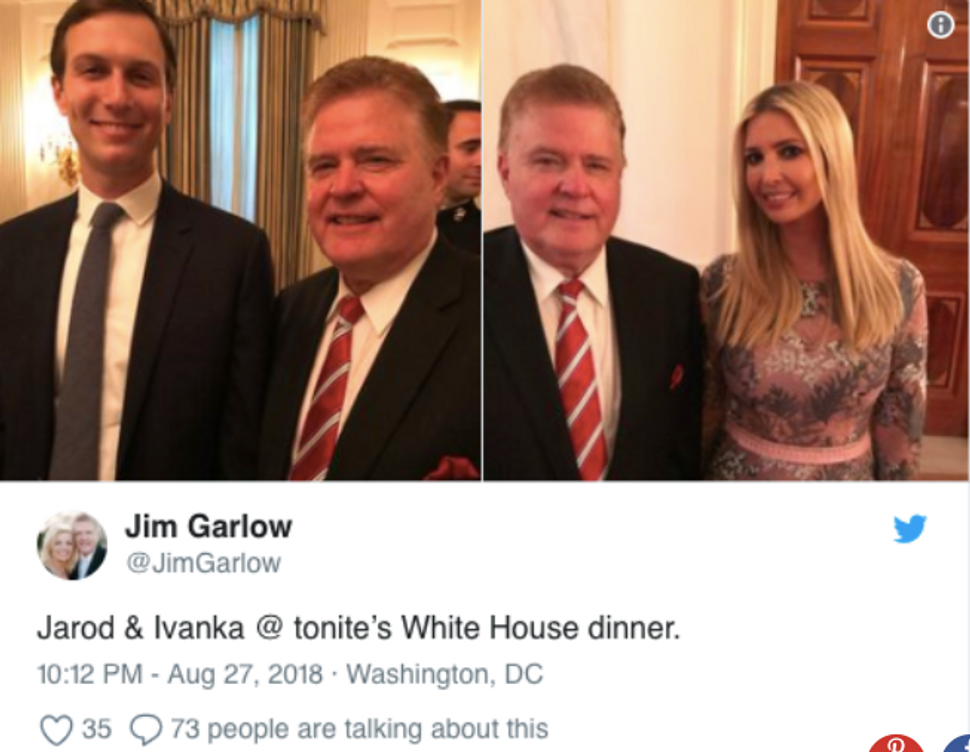 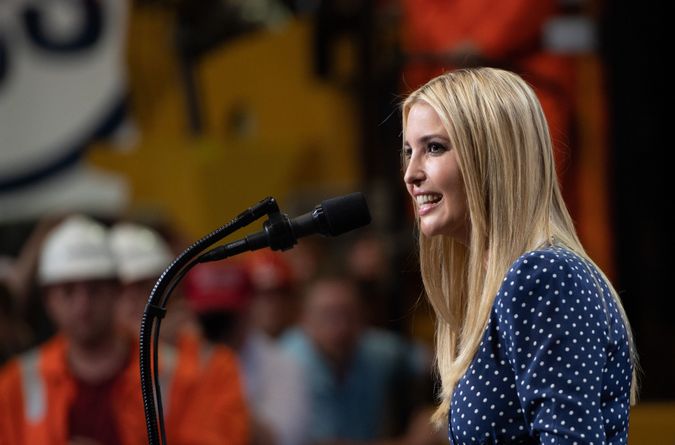 What has blonde hair, walks on two feet, and says one thing but does another completely different thing?

The same woman who waxed poetic about wanting companies to hire Americans while her clothing brand was made overseas by women and children who make the lowest of minimum wages,that’s who.

In another hypocritical pursuit, Ivanka Trump took a selfie with Jim Garlow, the senior pastor of Skyline Wesleyan Church in San Diego, at a White House dinner for evangelical leaders on Monday night. A selfie seems innocent enough, except Garlow happens to be outspoken against LGBTQ people. Which, if you remember correctly, Ivanka has claimed to support.

I am proud to support my LGBTQ friends and the LGBTQ Americans who have made immense contributions to our society and economy.

Not only has the anti-gay pastor professed hateful views about the LGBTQ community, he believes that marriage equality is satan’s work. As Refinery29 reports, he’s stated publicly of same-sex marriage, “It’s more than just the issue of homosexuality. It’s much more than that. It’s much more cosmic. It’s big. It’s enormous. They want to destroy the very image of God upon the planet,” he preached at the Family Leadership Summit in 2017. He has even attacked our very own, former Fashion Police Joan Rivers, by saying she would go to hell for her ‘potty mouth.’

There were 100 other Evangelical leaders in attendance, plus President and Melania Trump, Karen and Mike Pence, Jared Kushner, Sarah Huckabee Sanders, and Kellyanne Conway. Soon after, Garlow deleted his tweet with Jared Kushner and Ivanka Trump (can’t take the heat, pastor?) But rest assured, Refinery 29 snagged a picture for our viewing pleasure. 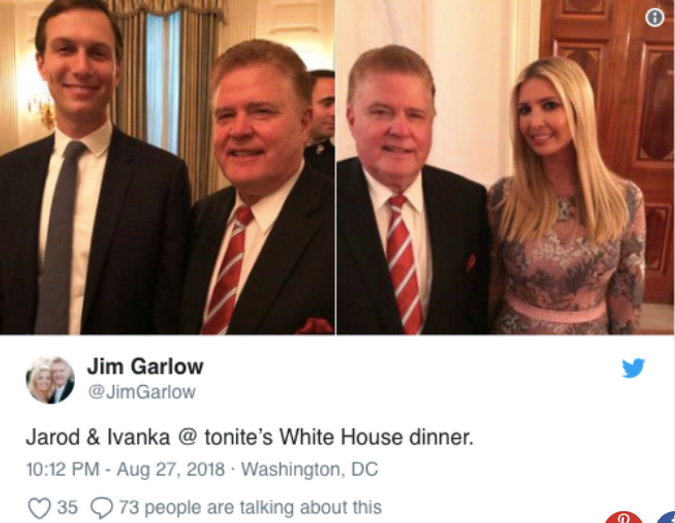 If this is what the image of God looks like, then the future of humankind is in big trouble.

Bonnie Azoulay is a life intern at Forward.