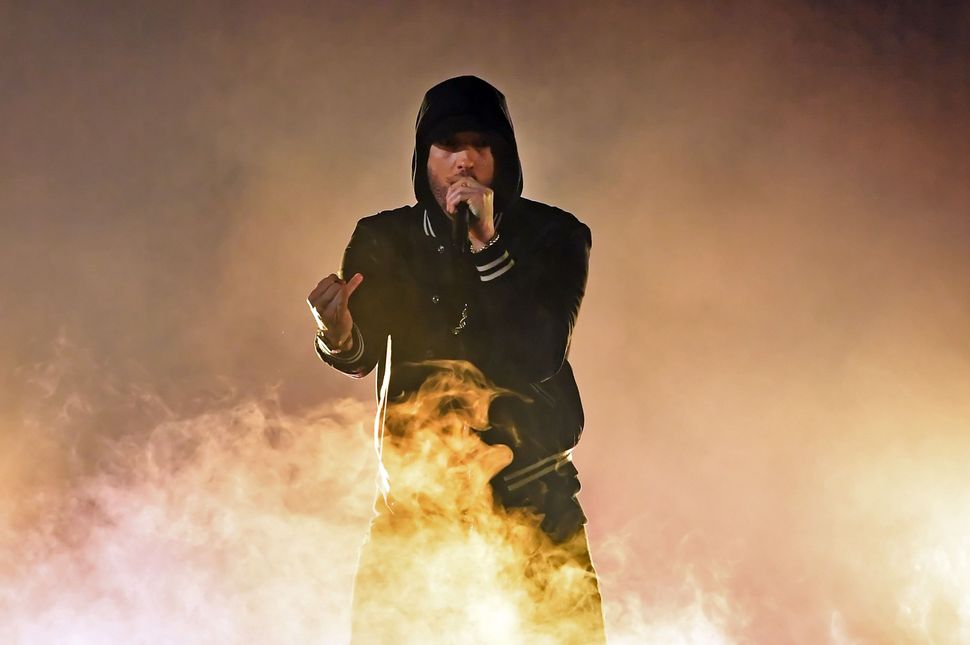 It’s not clear that Eminem has a place in 2018 — during the Trump administration he tried to position himself as a resistor, but the rapper has always been resistant to anything that isn’t unadulterated praise of his work. In “Kamikaze,” a surprise album the 45-year-old dropped on Thursday, he uses his patented rage not on, say, family separation, but the Grammys. Smarting from the lukewarm reception to his 2017 “Revival,” this album is an eff-you…to his fans? The critics? Meh, it’s confusing.

What’s clear is that the 35-second track “Paul” is a delight.

In it, Em’s manager Paul Rosenberg leaves him a message, gently but sardonically informing him that his idea for this album is stupid. “Are you really gonna just reply to everybody who you don’t like?” he asks.

And this isn’t voice-of-reason Paul’s only appearance on the album. In “The Ringer,” the opening track, Em screams “PAUL WANTS ME TO CHILL.”

Of course, our favorite maniacally angry man takes none of this excellent advice. Still, it’s nice to hear that someone is exposing Eminem to rational thought.

We, all of us, need a Paul Rosenberg in our lives.