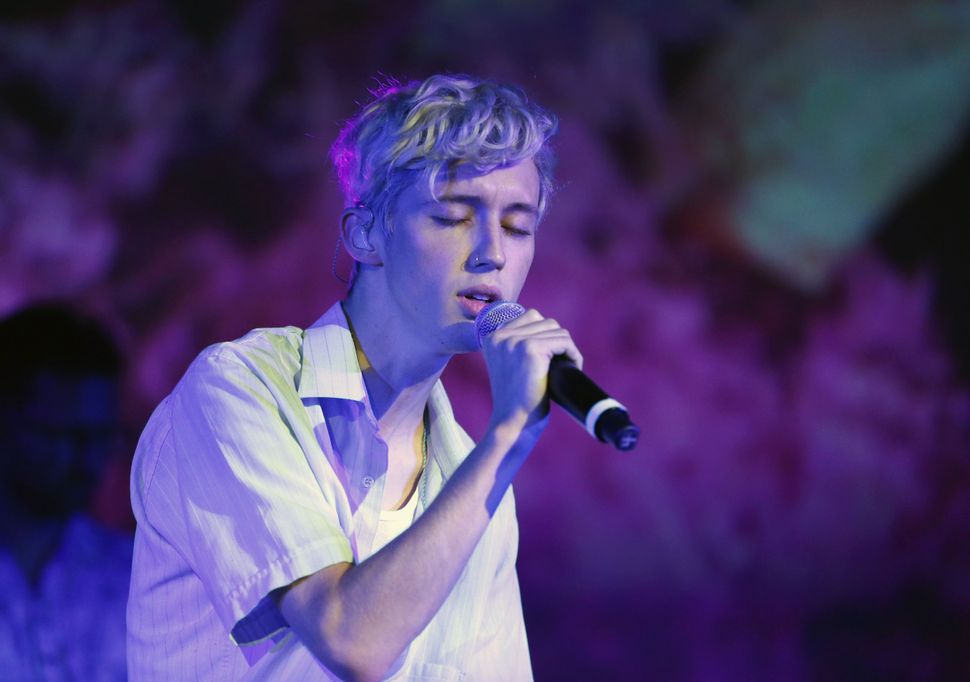 Gone are the days in which artists would insert sly innuendos about their sexual preferences. Sivan does not shy away from discussing his queerness and, in fact, centers the album around his experiences and emotions. His feelings for same-sex romantic partners are starkly unmissable in “Bloom.” Although the breezy tune of the album places it firmly in the section of mainstream pop, it stands uniquely on its own as an unapologetically confident embrace of his sexuality melded with the typical bubblegum pop attitude.

Some of our favorite moments:

“Lucky Strike” tackles Sivan’s hopeful romanticism with an oddly enjoyable robotic beat, as he urges, “tell me all the ways to love you.”

“The Good Side” is one of the more folky tunes of the album, as he softly croons to a soothing beat, “baby, I apologize that I got the good side of things”.

A-Lister Ariana Grande joins Sivan on the lilting track “Dance to This” and they chant together peppily, “we can just dance to this”

Troye Sivan’s angelic blonde hair and powder-blue eyes, and happy-go-lucky-persona make our hearts burst with purely surface-level affection for the pop artist. But setting aside our materialistic admiration for the singer — the album is undeniably likeable, but we think it lacks a certain oomph factor. We’re not sure “Bloom” has what it takes to propel Sivan’s career to superstardom just yet. The album is notable in its inclusion of direct LGBTQ references, but overall we’re still looking forward to Sivan’s bloom.