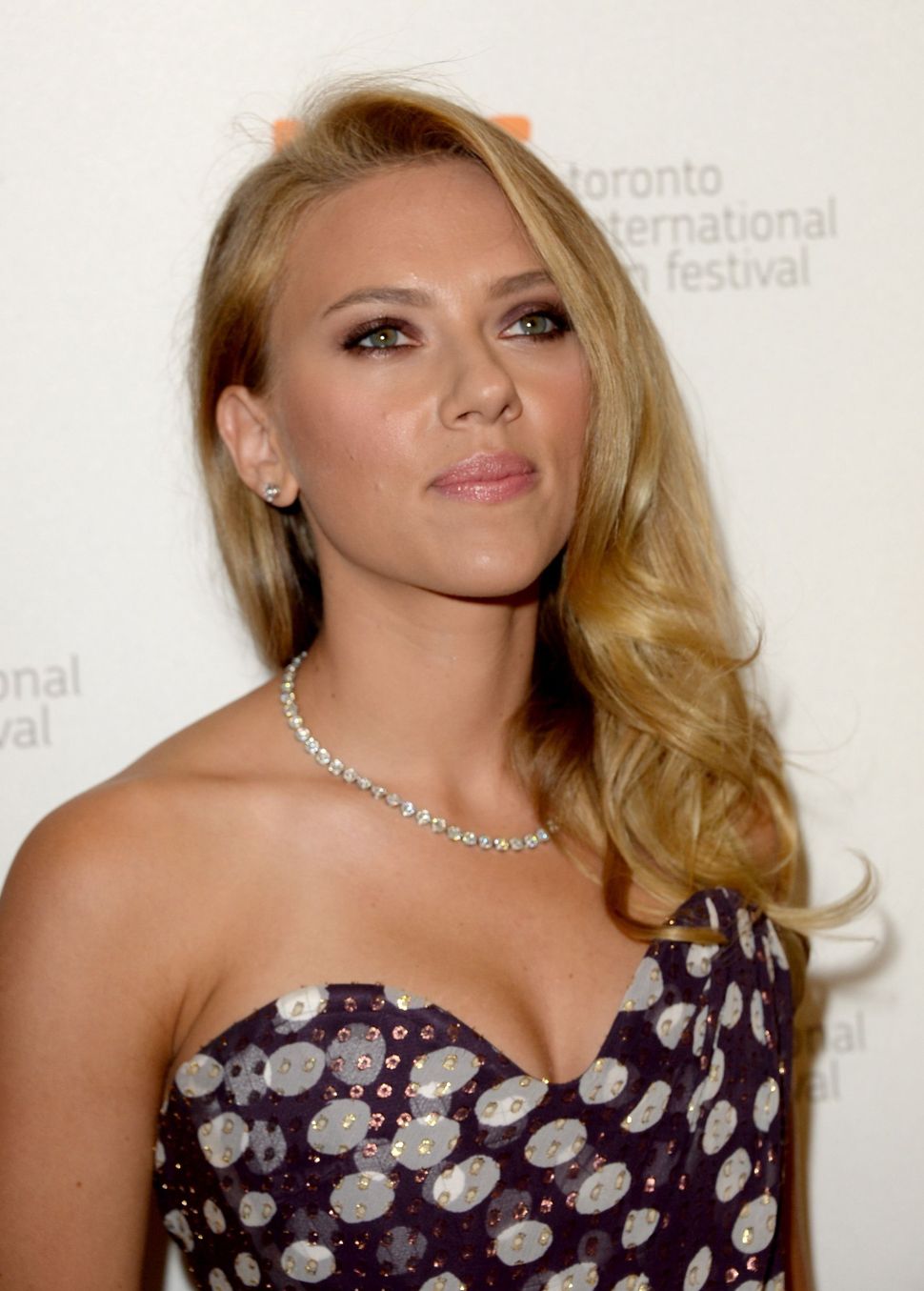 Scarlett Johansson arrives at the ‘Under The Skin’ Premiere during the 2013 Toronto International Film Festival at Princess of Wales Theatre on September 9, 2013. Image by Getty Images

Will Spielberg say shacharis? Will Scarlett hear the shofar?

It could happen at this year’s Toronto International Film Festival, which opens Thursday. For the first time, the world’s biggest cinema expo – and a celebrity magnet – will feature a pop-up synagogue to accommodate Jewish festivalgoers on Rosh Hashanah.

The first-ever “official High Holiday Services of TIFF”, which begins Sunday September 9, is the brainchild of Rabbi Meir Dubrawsky, founder of a small synagogue in the ritzy Yorkville neighborhood. The Toronto Star reported that Dubrawsky sought the blessing of Ellis Jacob, an entertainment executive and TIFF board member. A shortage of synagogues in downtown Toronto, where the festival takes place, makes the pop-up even more of a hot ticket.

Since the festival always launches the Thursday after Labor Day, a High Holidays conflict was inevitable. “TIFF never changes its dates, and I’ve always wondered why,” said George Friedmann, owner of the upscale Windsor Arms Hotel, whose ballroom will house the pop-up shul. “A significant number of Jews are involved in the business. But I guess it’s become so big on the world stage that people plan years in advance.”

Since Friedmann’s stately property already hosts A-list celebs — and maintains a kosher kitchen — it made a natural choice for the pop-up organizers. “With our kosher restaurant, we became known for observance,” said Friedmann, whose guests have included George Clooney, Michael Douglas, and Harrison Ford. “One of the people we met was Rabbi Dubrawsky, who has a very small synagogue in our neighborhood. A couple of years ago, he approached us about doing High Holiday services at the Windsor Arms, and it was packed.”

Rabbi Dubrawsky told the Star the service is “Orthodox with a primarily Reform or unaffiliated crowd.” Seating will be separate for men and women, and the hotel will provide yarmulkes. Despite the anticipated celebrity presence, the TIFF pop-up services won’t charge the faithful for seats. “No one will be refused,” Friedmann said. “They don’t have to pay to come in. That was my one requirement.”