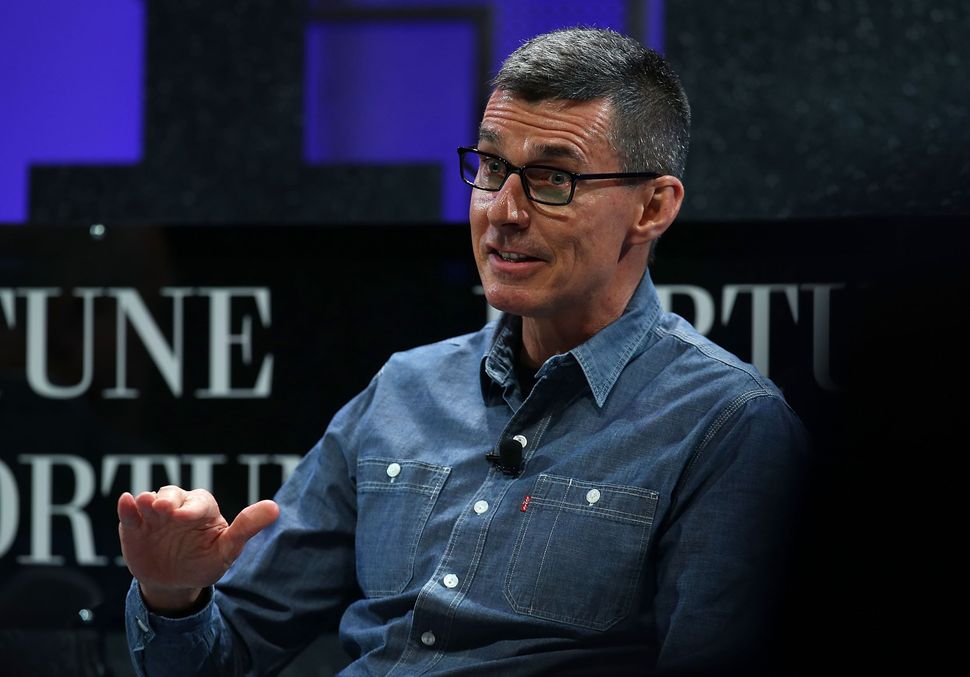 Levi Strauss & Co. president and CEO Chip Bergh is making denim-colored waves after penning a piece for Fortune.com calling on other major business leaders to take action against gun violence.

Bergh isn’t new to the issue — since the beginning of his tenure at the $5 billion dollar jean brand (founded by Jewish fashion designer Levi Strauss in the 19th century,) Bergh has made his stance on gun violence known. At the Fortune Global Forum in 2015, the 60-year-old innovator expressed the belief that business leaders have a unique obligation to take action on gun violence to help prevent more tragedies from occurring.

In his most recent essay, Bergh opened by telling readers about the letter he wrote back in 2016, requesting that gun owners not bring firearms into Levi Strauss stores, office, or facilities, even in states where it’s permitted by law. Bergh’s message was enforced, he wrote, after a customer accidentally shot himself in one of the brand’s stores. Sharing that his business and his life have been threatened by pro-gun activists, he said he has continued to speak about the dark issues America faces today because “these personal attacks pale in comparison to the threats that activists and survivors from Parkland, Sandy Hook, and daily incidents of gun violence face every time they speak up on this issue.”

As someone with great power, he says that his company can no longer stay silent, even if the conversation isn’t always a popular one. And he wants other global fashion leaders to follow his lead.

“You may wonder why a company that doesn’t manufacture or sell guns is wading into this issue, but for us, it’s simple. Americans shouldn’t have to live in fear of gun violence. It’s an issue that affects all of us—all generations and all walks of life,” the former US army officer writes.

As Bergh predicted, readers’ reactions were mixed. Western Journal’s Lisa Payne Naeger argued, “Has anyone ever asked these social justice warrior business leaders why they can’t coalesce around decreasing the national debt, lowering taxes, returning to state sovereignty, or any number of other things that also “threaten the very fabric of the communities where we live and work?”

They seem to be Wrangler and Lee jeans type of folks, anyway. pic.twitter.com/unGRXmsjjh

Anyone looking to boycott @LeviStraussCo, I will gladly take those and your @Nike apparel as well. I will put them to good use#LeviStrauss #Nike

1: They established the ‘Safer Tomorrow Fund’ which will distribute more than $1 million in philanthropic grants from Levi Strauss & Co over four years to aid the efforts of nonprofits and youth activists working to end gun violence.

2: They partnered with Everytown for Gun Safety, an American nonprofit organization founded in 2014 which advocates for gun control and against gun violence. Bergh hopes that more businesses will follow Levi Strauss’ lead in joining the organization.

3: They doubled their employee donation match to organizations aligned with their Safer Tomorrow Fund.

Bergh’s piece is rare because it isn’t just talk, it’s also considerable action. He didn’t just promise. And he didn’t just say, he showed. Like the global leader concluded, “Together we can put an end to the gun violence epidemic in America.”

And boycotters? We will gladly take those jeans off your hands.