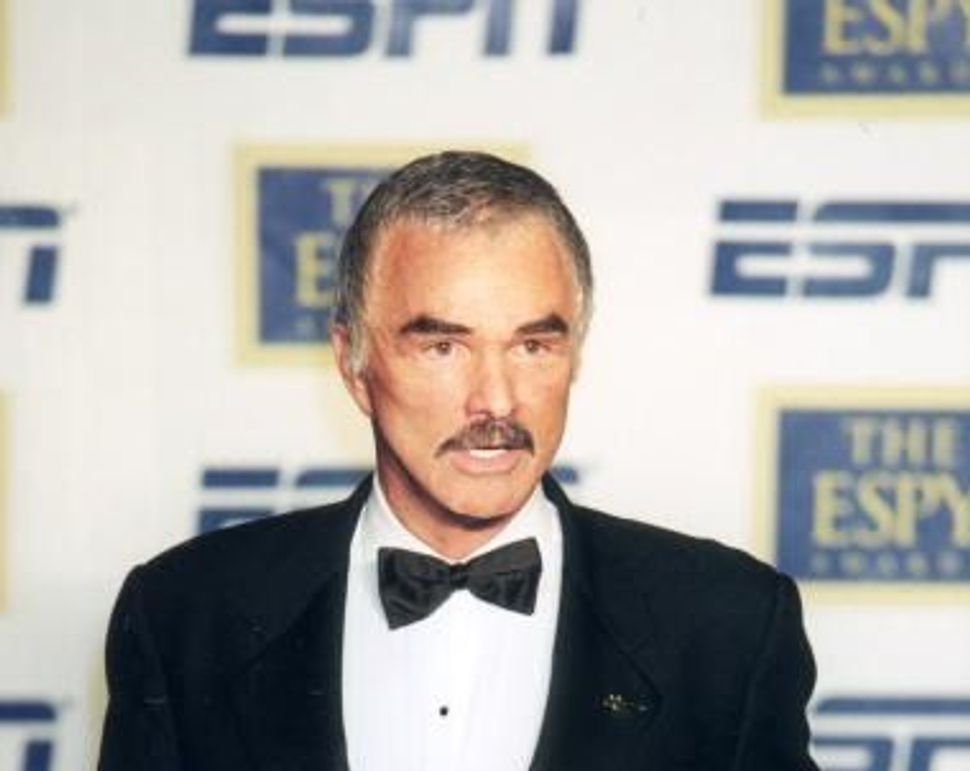 (JTA) — Burt Reynolds, one of the most successful actors of the 70s, known for his roles in films such as “The Longest Yard” and “Smokey and the Bandit,” passed away this Thursday at age 82.

Despite his ample and Semitic chest hair, made famous in a now iconic nude Cosmopolitan centerfold, Reynolds wasn’t Jewish — though he did have plenty of Jewish collaborators and co-stars, including actress Goldie Hawn, who was his good friend. One of his last films, “The Last Movie Star“, was directed by Jewish filmmaker Adam Rifkin.

The director, and many other Jewish stars paid tribute to him on social media:

I wrote a few words about my friend Burt Reynolds. I miss him. #RIPBurtRenyolds https://t.co/O5BTmIsLIG

Burt Reynolds, you are the glorious dictionary definition of a golden man. Thank you for spreading your glow ![?][1]

There is only One Burt Reynolds. One! I loved our time our laughs and fun. Now your angels will giggle at your silly jokes as they hold you lightly as you rest dear one.

Burt Reynolds dead!? The Bandit?!? One of the 1st real film superheroes: leaping in a Trans-Am, hanging with Captain Chaos, just for the #CannonballRun outtakes which I’d watch over and over with my Dad… And let’s not forget Flash the dog. Drive safe, Bandit. #RIPBurtReynolds pic.twitter.com/H8EG5qYdI2

I was lucky enough to work with #BurtReynolds who was a true gem. He brought Dom Deluise to #RobotChicken & this was the result:https://t.co/XW6MPwBw0Q

Burt was kind and generous, and a truly fantastic actor.

RIP to another legend. Grew up with my parents, my brothers and a worn out VHS copy of Cannon Ball Run, watched Deliverance on my first date with my wife (don’t ask) & revisit Boogie Nights every few months to marvel at his performance. A very great loss. https://t.co/rmwoCHJcNM

Not a day goes by that I don’t quote THE END: “I wanna liiiive!” #RIPBurtReynolds