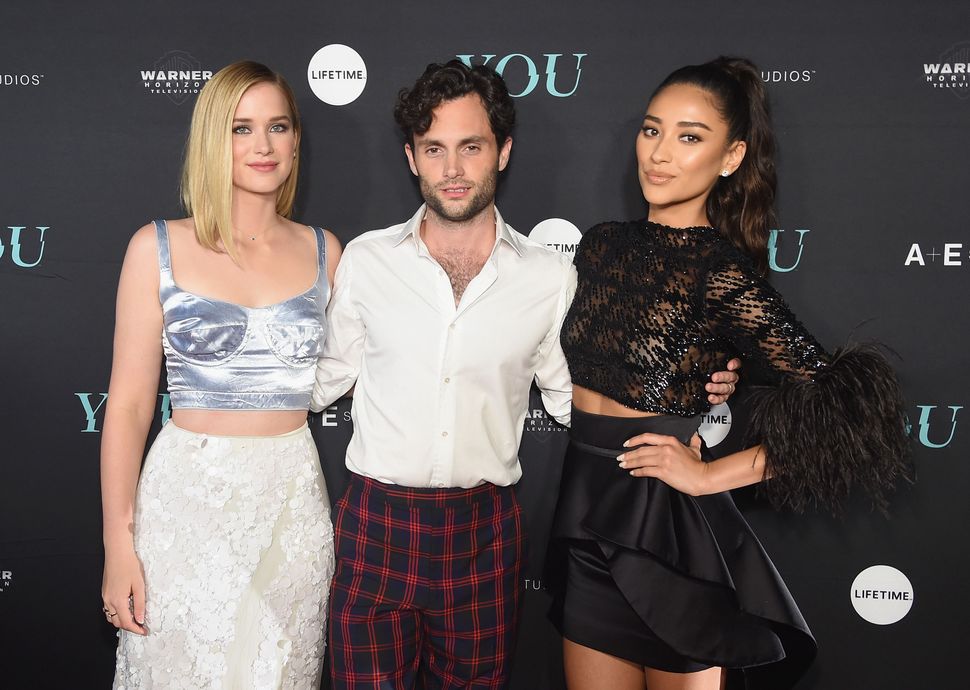 The time for Penn Badgley to reclaim his spotlight on a hit TV series has come and we are here for it.

Lifetime’s new psychological thriller, “You,” based on a novel with the same name by Jewish author Caroline Kepnes, aired this week starring the “Gossip Girl” heartthrob as Joe Goldberg (no doubt a member of the tribe.) Like Badgley’s Dan Humphrey character, Goldberg is still the same “Lonely Boy” with a penchant for stalking beautiful women in an innocuous show of affection (good grief.) This time, his “romantic” gestures take him too far.

And then, like a nightmare, he starts showing up everywhere. Joe sneaks his way into Beck’s apartment and lurks, browsing her underwear drawer. When she goes to Greenpoint for an open mic night with her friends, (including “Pretty Little Liars” favorite Shay Mitchell,) he slumps in the back row and watches her recite a love poem. Then, he bumps into her drunkenly stumbling on the subway platform after performance, and ultimately swoops in to save her from an oncoming train. We don’t know whether to love him or hate him.

But take heart — Penn himself finds his character ambiguous.

“I personally feel it is a bit of a social experiment. It’s a litmus test to see the mental gymnastics that we’re still willing to perform on a cultural level, to love an evil white man,” Badgley said on stage at the “You” panel during the 2018 Summer TCA Press Tour.

The 31-year-old celeb expressed repeatedly that he wanted to stray away from becoming the internet’s next boyfriend sensation. Perhaps, this is Penn’s way of finally shedding his skin from Dan Humphrey, once and for all.

The sweet talker, who recently married singer-songwriter Domino Kirke, has us questioning a few of his latest comments. In an interview with The Daily Beast, Badgley clarified a statement in which he said he was “molested” during his “Gossip Girl” years. “I think as an actor you can become an object of desire, which is something women are already accustomed to more or less around the world,” he said. “I’ve definitely been, I mean I don’t want to sound sensationalist, but I’ve literally been molested — just in the literal sense of the word — by many people in the moment. Because that’s what they do,” he added.

By the same token, Joe Goldberg demonstrates what infatuation can do to a person’s wellbeing. Penn’s message is timely — don’t confuse the feelings of crushing hard on a celebrity or the girl-next-door with “love.” Because if there’s anything we’ve learned in the #MeToo era, it’s that gaslighting, stalking, violence, and pushing personal boundaries (which is everything we’ve seen from Goldberg) is not love.