Here’s The Millennial Jewish Dating State Of The Union 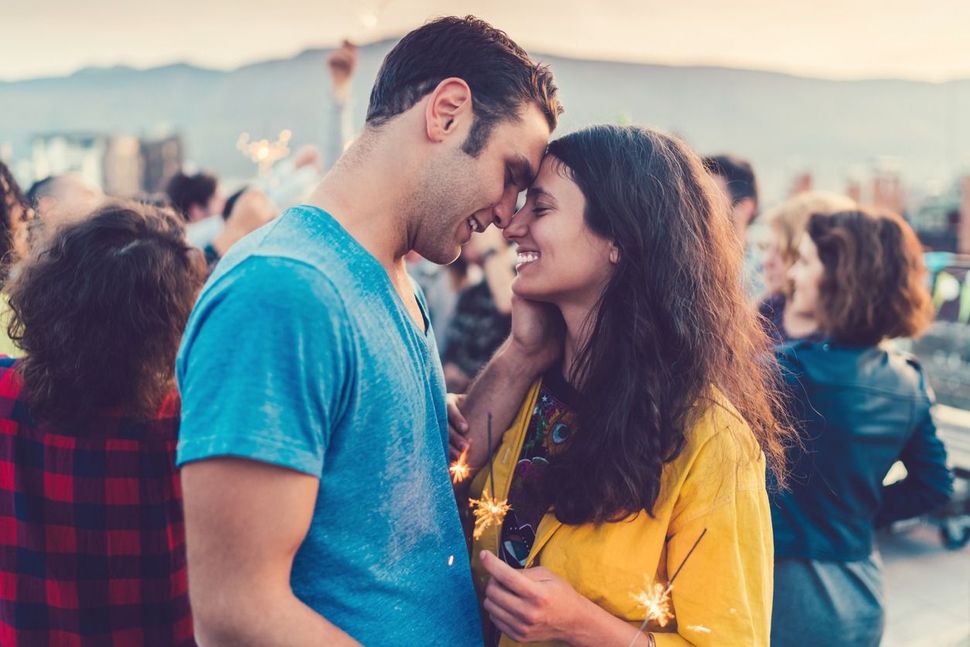 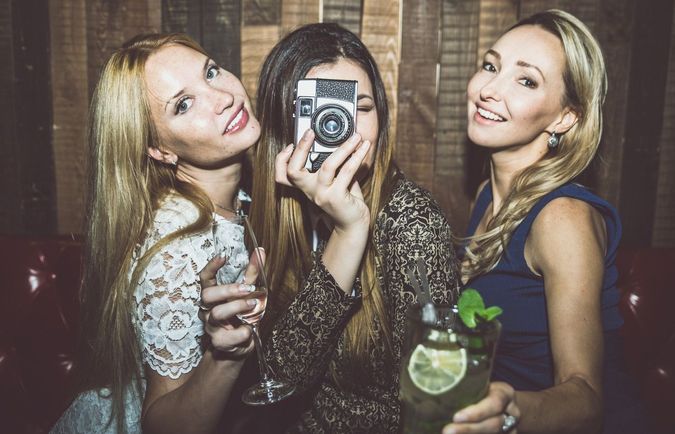 When was the last time you updated your profile picture? Image by iStock

It was mid-week, and dreary, and the millennial dating panel was my third visit to a Jewish not-for-profit organization that day. I had already finished a day of work at the Forward, and gone to a meeting at a synagogue, and by the time I rushed uptown to the offices of the UJA-Federation, I was exhausted and a little resentful that I’d agreed to go — who exactly was the audience of a weeknight panel of random “dating” professionals, thrown by a Jewish not-for-profit organization? Over-involved parents? Truly desperate singles? I hoped for the event to include crackers, or punch, or something, envisioning sitting with about a dozen others in folding chairs in a threadbare church basement.

Al chet — I sinned against the American Jewish establishment unknowingly, by being young, and from the West Coast, and not doing a good pre-event Google.

The UJA-Federation is the United Jewish Appeal-Federation of Jewish Philanthropies of New York. Its headquarters occupy a major office building in midtown Manhattan — I learned, when I entered a lobby marked UJA and asked for “directions to the UJA.” I was sent to a gracious antechamber — a thickly carpeted room, tastefully decorated with Holocaust-themed art, and filled with what looked like extras for a cocktail party scene but were actually several hundred UJA Emerging Leaders. The room was lined with tables laden with scrupulously catered hors d’oeuvres and quality swag.

The women were handsome and hygienic-looking, like flight attendants in an American Airlines pamphlet. The men resembled youthful Hollywood step-dads, like Pierce Brosnan in “Mrs. Doubtfire.” I could imagine myself going halfsies on a set of Bowl & Branch sheets and refurbishing a charming pre-war apartment with every single one of them. I have never beelined to a bar with such courage of conviction before.

In the standing-room-only event space, a board member for the UJA Young Professionals welcomed us, and introduced the evening’s moderator, Lindsay Metselaar, whose vocations were introduced in this order: podcaster, CEO of her own company, and Instagram food influencer. The rest of the panel consisted of:

Meredith Davis, head of communications at The League, a popular secular dating app that cultivates an air of exclusivity by keeping a wait list,

Jake Walker, the head of sales marketing at GIPHY, a popular website for creating and sharing gifs, much beloved by the Schmooze,

Jared Matthew Weiss, who, according to my notes, “hosts Touchpoint, a monthly town hall on the state of love and sex. The next one is on September 11th (9/11? Oy),”

Jonah Feingold, a Los Angeles-based writer and producer, whose work, I’m sure, is very wonderful, but whose qualifications for this panel seemed to be: being a single male.

Lindsay, with the air of an effective student government president, began with a rapid-fire question-answer session with her panelists — did they believe in monogamy? Yes, “one-hundred-and-twenty percent!” Though, they conceded, “There are many ways that work.” Who should pay for dates? Jake, of GIPHY, likes to split the check — it’s attractive, he said, to see that people can pay for themselves. Meredith, to applause from exactly half the room, announced that, “Until the gender wage gap evens out, I’m fine with men paying.” Should you go on coffee dates? “No, this isn’t a general meeting,” said Jonah. “It just turns into a 45 minute interview,” added Meredith. So where should you go?

“CLSs — cute little spots,” according to Jared. Like Cafe Cluny — by the way, have you all had their breakfast sandwiches? Have you had their grapefruit brûlée? Most of the panelists had experienced either the sandwiches or the brûlée, and were unanimous in their excellence. They also developed a running joke which involved the cliché nature of trips to Machu Pichu, which left the room roaring with laughter. How had so many people at the UJA Emerging Leaders event spent so much time at Machu Pichu that the very idea was now derivative to them? Full of Prosecco and craving a breakfast sandwich, I wondered how much I’d have to pay in taxes this year.

Meredith was armed with facts. “The only reason we added ‘religion’ as a preference was because the Jews were reaching out to customer service, saying — We can’t be on The League because we need to marry Jews,” she said, adding that the three most populous areas in New York City for Jews on the league are Midtown, the West Village, and the Upper East Side. But would the panelists convert for a partner? Would they expect a partner to convert?

Jake wouldn’t convert or expect a partner to do so, he said. His partner, who was present at the event, isn’t Jewish, and Jake recalled that from an early age his mom discouraged intermarriage. “I was seven, and thinking about Pokemon,” he remembered, “And she was like, ‘It’s easier if you marry someone Jewish!” Then he added, “But she’s the best mom in the world! And she’s going to listen to this 100 times, and I love you to death!” Meredith’s partner, she said, grew up observing some Jewish and some Christian practices, and is currently going through a quasi-conversion process with a rabbi.

Jared, the town hall leader, wore a backwards snapback hat and removed his shoes, stretching his bare feet over the stage as he sipped his beer thoughtfully. “The point of a relationship is to discover that you are a mythical creature capable of incredible things,” he said. “That thing might be conversion — maybe to religion. Maybe to being a Trump supporter.” He cut a surprisingly elegant figure, a gentleman bro with the cadence of a rabbi and the wisdom of a newly minted therapist. “Dating is hard because it creates an anxiety — ‘What if I never find my person?’” he mused. “The first step is facing that anxiety,” he said, adding, enigmatically swilling his beer, “There’s a certain serendipity just to being alive.” Later in the evening, he advised against asking a new partner the thorny question “What are we.” Instead, he offered, say, “What do you need?” and “What can I count on you for?”

If it sounds cloying, it wasn’t — it was mesmerizing. I would pay any amount, join any cult, convert to any shoe-less lifestyle to hear more of this barefoot bro’s wisdom.

Normally, Jewish young professional events are like a live cosplay of Facebook — everyone tries to put their best selves forward, but ends up lurking in the background in discomfort or entering into a verbal altercation with a stranger. The UJA young professional event was like Instagram cosplay – I felt like I was being being bathed in a hot vat of essential oils, and I hated how much I enjoyed the feeling. I feel certain the first Jewish president and my third husband were both in the room.

We learned a few more facts. From Meredith: “If you’re initiating on a dating app, the best way to get a response is “Hey + insert their name + question base on their photos or interests.” From Jake: “A gif raises the likelihood of a response by 30%” And from all of them, the importance of talking about “philanthropy” with your significant other.

I left with some swag — a canvas tote reading, “Kvetch Less, Volunteer More!” which I have since stained. I was so overwhelmed — by the brave new world of podcasting CEOs and philosophy bros, and the brave old world of luxury and excess that help philanthropic organizations cultivate generosity — that I almost missed the sight of the panelists’ parents streaming out of the audience, reaching out to embrace their children.

Here’s The Millennial Jewish Dating State Of The Union