Ivanka Trump Fears Her Father May Be Impeached 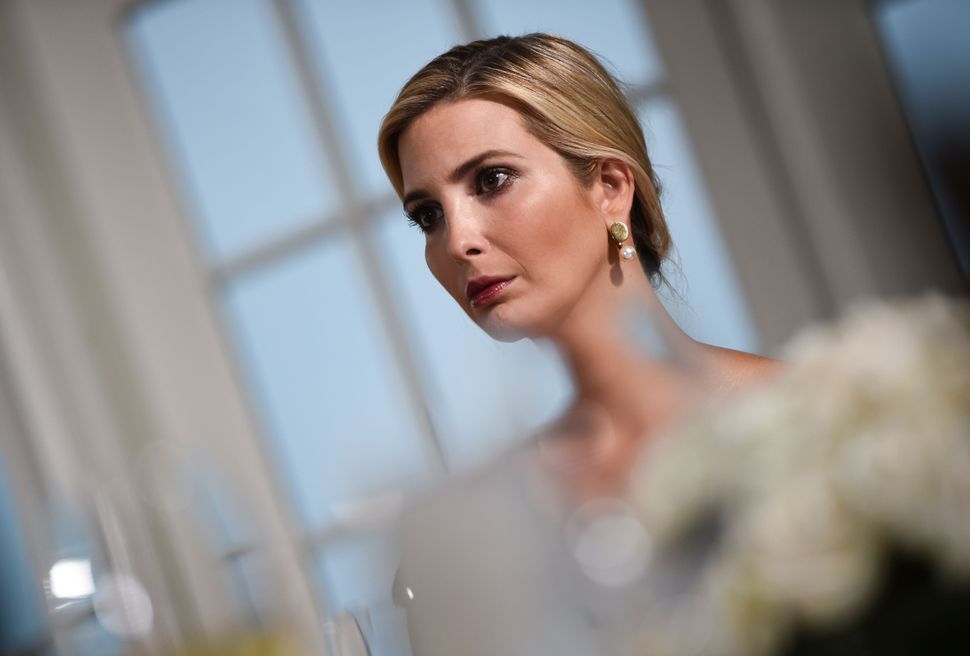 Just days ago, on Rosh Hashanah, Ivanka Trump was all smiles. Ushering in the new year with her husband, White House advisor Jared Kushner, and her children, she wished Jews a happy new year in a series of pictures depicting the family apple-picking. As is always the case with Ivanka Trump, the scene looked perfect.

On Friday, Vanity Fair reported that sources inside the White House say President Trump continues to panic about the anonymous “Resistance” op-ed by a Trump administration insider, printed in the New York Times. And another source told the magazine that Ivanka Trump herself fears that her father will face impeachment.

Meanwhile, the late-August subpoena to Michael Cohen of the Trump Foundation’s tax records, as well as other charges against the foundation, could have legal ramifications for those close to Trump, including Ivanka Trump herself.

We’ll know more as leaks continue to trickle from the White House like the dew rolling off freshly-picked apples.

Ivanka Trump Fears Her Father May Be Impeached