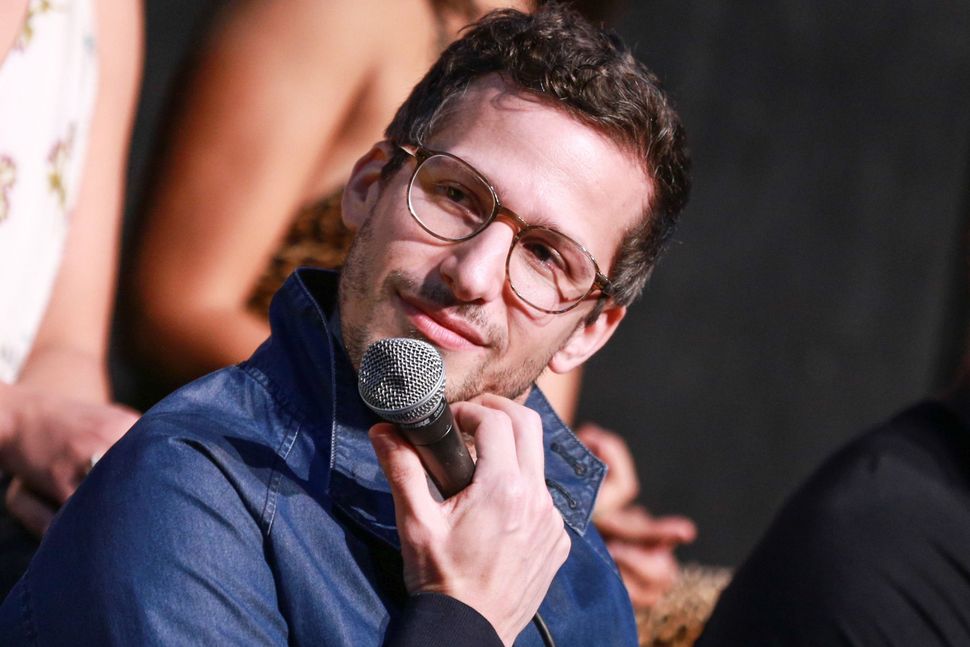 In a well-intentioned Emmy opener so cringe-inducing that audience members may need to visit a chiropractor, two types of actors performed: Blonde, white women, and black men.

It’s a clever concept with a strong point: in the song, “We Solved It!” a gang of beloved comedy stars (Kenan Thompson, Kate McKinnon, Titus Burgess, Kristin Bell, Sterling K. Brown, RuPaul) highlight the fact that when Hollywood aims for “diversity” it means either race or gender. Women of color, specifically, are sidelined.

This bit may have been funnier if it did not, by its very existence, exclude actors of color. Sandra Oh, the first Asian woman to be nominated for an Emmy for best leading actress in a drama, got a line (“It’s an honor…just to be Asian.”)

Then, descending from the ceiling, hair akimbo, our friend Andy Samberg: “Is there any room in this song for a straight white guy like me?” he sings. The crew on stage agrees that there is not, and Andy skedaddles away. Leaving some of us thinking…you guys remember that this whole “Nazis are back” thing targets Jews, right? But not thinking it loudly enough to kill the vibes! As a man accused of attempted rape looks likely to assume the right to dictate judgment from the highest court in the land, we’re not looking to stroke white male egos — only to issue a gentle reminder that anti-Semitism is yet another thing we haven’t solved.

The perfunctory “Nazis are back” joke host Colin Jost and Michael Che predictably told about 40 seconds later was, once again, not that funny. But when are Nazis funny?

Oh right — just when Jews talk about them.