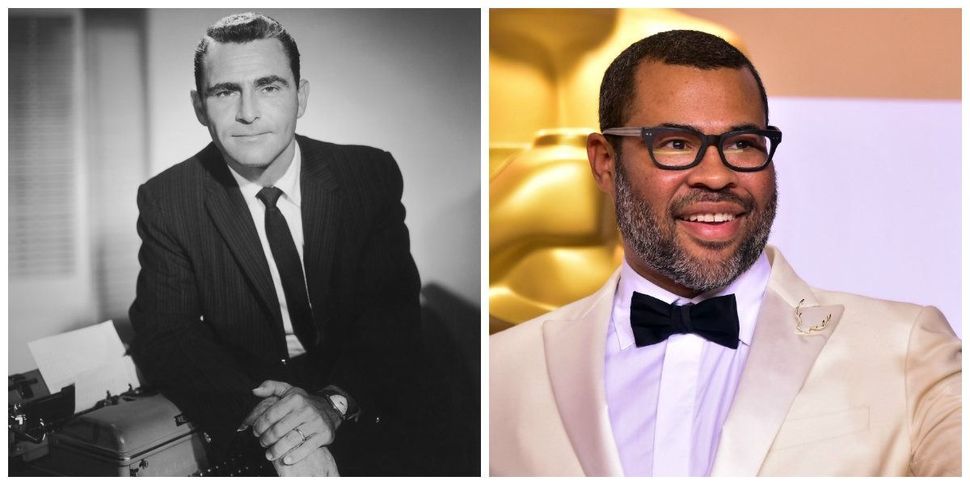 If Rod Serling, the Jewish narrator and creator of “The Twilight Zone,” were alive to witness his hit sci-fi TV show come back to life, he’d be over the moon. For those who did not have the pleasure of watching the otherworldly horror show when it aired in the 50’s, or in reruns as a 90’s kid, your chance is coming to reclaim what you’ve missed in the parallel world you never knew existed.

In 2019, CBS will air the “The Twilight Zone” reboot with none other than Emmy award winner Jordan Peele — writer and director of “Get Out” and a producer of “BlacKkKlansman”— as its narrator and producer. With two powerhouse films under his bet, it’s no wonder the 39-year-old entertainment mogul wanted to take on this weighty project. He still knew, however, with Serling as the show’s original creator, he had his work cut out.

“I was terrified. Why would I ever jump into the most established, pristine shoes in all of the genre? I could rip ‘Twilight Zone’ off and call it something different and not be compared to Rod Serling. So I stepped away from it,” Peele told Variety in an interview earlier this year. But then his (Jewish!) co-executive and producer, “X-men” screenwriter Simon Kinberg, was ready to conquer the big task alongside him. “If we approach it without ego and sort of bow to Serling, that will hopefully suffice for our fellow ‘Twilight Zone’ fans, but also bring back a show that I think is needed right now,” Peele adds.

The surrealist anthology series is a predecessor of the OG millennial horror show — Neflix’s “Stranger Things” — only much, much stranger. The 50’s drama has also been compared to “Black Mirror”, a show that also reveals the dark heart of society and examines ethics. Peele has a lot at stake with his new venture — he will attempt to live up to an American classic, while allowing viewers to see him without the guise of comedy.

But the reboot isn’t Peele’s only upcoming project. The tireless creator is working on a horror series about the Jim Crow era in American history and a show for Amazon about hunting Nazis We can’t wait to see all the weird and inspiring content he’ll produce this year.

For an all-access pass to your worst nightmare, see “The Twilight Zone” teaser posted on Jordan’s twitter, below.