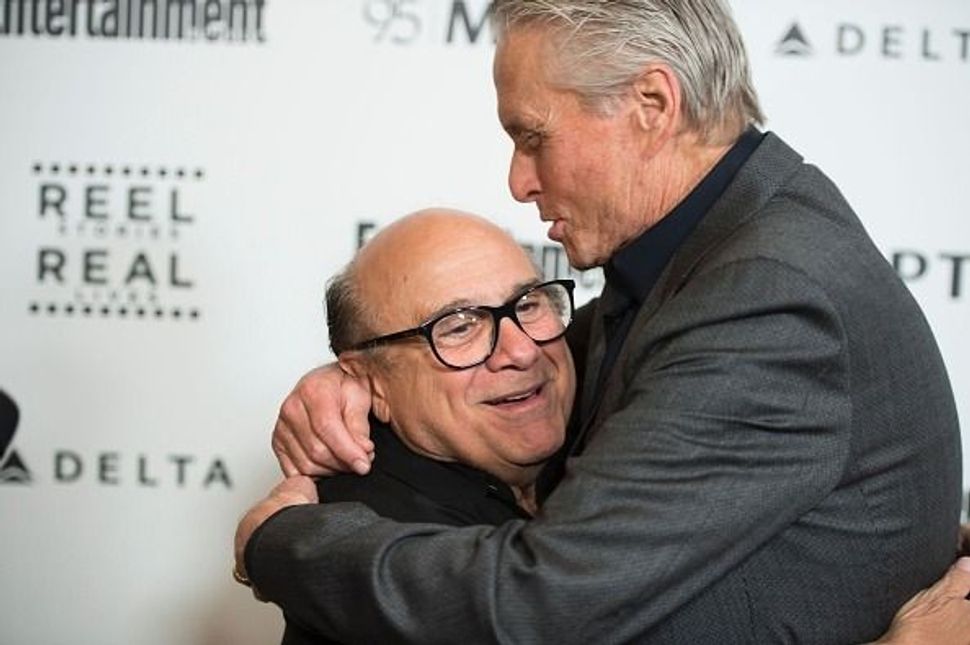 And now, for the story of the harrowing time when actor Danny DeVito saves actor Michael Douglas from certain death after a Mexican snake bite.

Promoting his new animated movie “Smallfoot,” on The Talk, the 73-year-old DeVito recalled cheerfully the time he performed what the Talmud calls the greatest mitzvah — saving Michael Douglas’ life.

The two actors were filming the 1984 action-comedy “Romancing the Stone” in Mexico, when, according to DeVito, they happened upon a pickup truck with a bed filled with snakes. “I’m scared of snakes, myself,” he said, sensibly. “So I’m not going near a snake.”

Here’s how DeVito tells what happened next:

But Michael, he’s being, like, you know, the hot shot, Mikey D, you know what I mean? And the guys got a snake on his arm…and all the kids are coming around. And Michael grabs the snake. I’m going, ‘Michael, don’t touch that snake! That’s a snake, man. That snake could bite you, man!’ And he says, he says, ‘Oh no, no Danny, it’s no big deal. WHACK. The snake bites him on the hand.

DeVito, who had heard that snake venom has to be sucked out, lunged forward and started orally removing the tainted blood from Douglas’ wound. “I said, ‘It’s a good thing this didn’t bite you on the balls, man. You would be a dead man.’”