Sarah Silverman On Kavanaugh: ‘Whatever You Think Of Him, You Gotta Admit — The Guy Is Funny’ 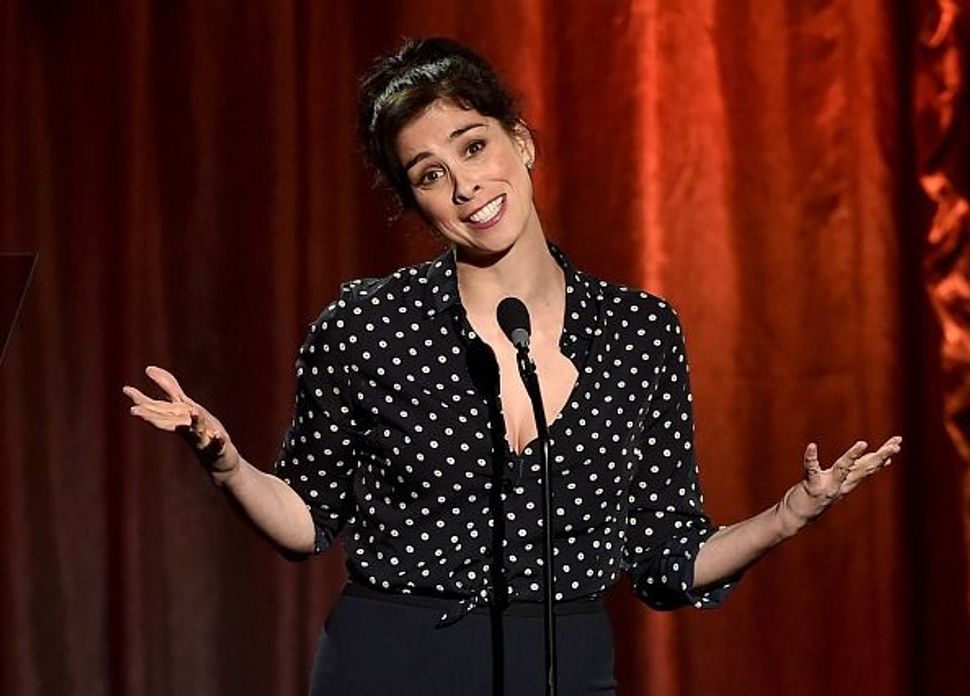 Sarah Silverman, the hoodie-donning, perfectly-ponytailed human keeping this nation from the brink of civil war, shared her take on the Bret Kavanaugh rape-attempt accusation on Wednesday night.

Ahead of her Hulu talkshow “I Love You America” — a critical hit that blends Silverman’s trademark wit with her ocean-sized heart to help Americans create ties in spite of political and cultural divides — Silverman weighed in on the accusation that has rocked America. Dr. Christine Blasey Ford says that in 1982, when she was a 15-year-old student at Georgetown Preparatory School in Maryland, Bret Kavanaugh and another boy pushed her into a bedroom, locked the door, and covered her mouth to quiet her screams, as they tried to undress her.

The accusation, quipped Silverman, “is bringing the confirmation process to a screeching normal pace.” Silverman made the case for Ford, but not Kavanaugh, remembering this event the way people remember “exactly where they were when JFK was shot,” but don’t remember instances in their lives they experienced as inconsequential.

Silverman also batted away accusations that Ford brought her story to the public in search of attention. “A lot of people are saying that Dr. Blasey did it for attention, and maybe they’re right. Because now that she’s speaking out, she’s gotten so much attention online and in real life that she had to move. She had to f*****g move. Isn’t that fun?”

Silverman’s occasional attempts to inject humor into the news story fizzled. The only funny thing about it, she pointed out, was something Kavanaugh said himself:

Dr. Blasey Ford, Silverman points out, is risking her entire life to tell her story. Whereas, Kavanaugh lives by “a slightly different code.” She played a clip of Kavanaugh speaking jovially at the recent hearings, prior to the release of Blasey Ford’s letter.

“I mean, whatever you think of him, you gotta admit — they guy is funny,” Silverman smiles.

Sarah Silverman On Kavanaugh: ‘Whatever You Think Of Him, You Gotta Admit — The Guy Is Funny’