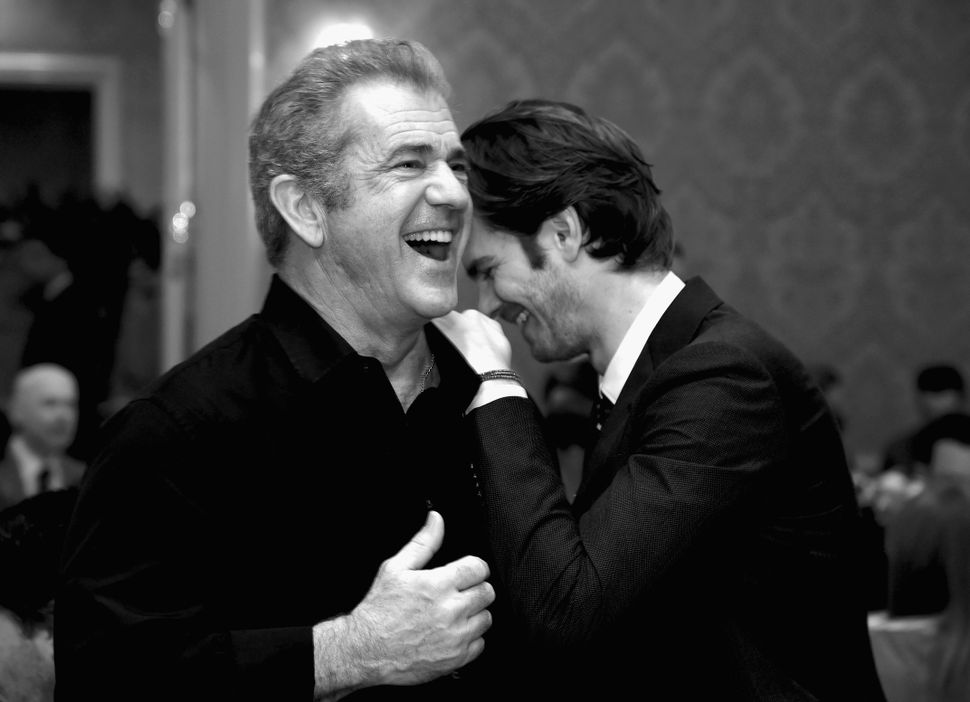 And as the #MeToo discussion — which started with Weinstein and has reached new heights of passion with sexual misconduct allegations against Supreme Court nominee Bret Kavanaugh — rages on, Mel Gibson is taking this opportunity to come slithering back to power.

Gibson’s return to stardom isn’t exactly brand new: in 2016 “Hacksaw Ridge,” his first directorial work in a decade, was showered in awards (including a nod from the Academy for his direction) and box office success. The next year he took a different route to rehabilitation, starring in the comedy “Daddy’s Home 2.” Far from the straight-to-DVD movie the title would suggest, the movie gave Gibson the opportunity to reintroduce himself as a comic figure and enduring sex symbol, bathed in the validating glow of Will Ferrell and Mark Wahlberg (another person whose violent hate crimes audiences have conveniently forgotten.)

But now, as the public performs a constant head-swiveling between the senate, the Cosby courtrooms, and the grey area inhabited by the likes of Louis CK, Gibson is back in full force. And he wants everything. On Tuesday, it was announced that Gibson will direct the remake of “The Wild Bunch” for Warner Bros — a major coup, in both meanings of the phrase. In 2018 he will also star in a crime thriller. In 2019 he will star in a science-fiction movie. Despite a prolonged legal battle, he will work to release his long-in-the-works drama about the making of the Oxford English Dictionary.

Mel Gibson’s history should be enough to grant him presto-membership to any Klan chapter in the world. The crimes that he stands accused of — a cocktail of racism, anti-Semitism, homophobia, sexism, and domestic violence — include every color of bigotry in the rainbow. He should be the poster child for irredeemable men by which all other #MeToo cases are measured. His actions — from telling “homosexual men” to “fuck off” in 1991 to telling the mother of his child “if you get raped by a pack of n*****s it’ll be your fault” in 2010, with a pit stop to announce that “Jews are responsible for all the wars in the world” in 2006 — span decades. His crimes are largely caught on tape or in interviews and they are self-acknowledged. And most of the time, Gibson has been unrepentant. As recently as 2016 he said of the recording of his phone call to Oksana Grigorieva, “Imagine the worst moment you have even had being recorded and broadcast to the world and it wasn’t meant to be public.”

If Mel Gibson can come back from this, maybe any star can come back from anything, after doing nothing to change. Gibson’s crimes — against women, against Jews, against minorities — are exactly the kind Hollywood has purportedly been taking to with a weed whacker, yet Gibson, somehow, is thriving. His return suggests that the weeds need to be pulled out by the roots. It is a reminder that #MeToo may be a brief reprieve — in the longterm, studios and actors will not protect the public from abusers. As the public, we will again have to advocate for ourselves.

MeToo. Kavanaugh. And Mel Gibson, back again, in spite it all. Not just back, but in power, in the money, and in the public eye. Mel Gibson telling the stories — from the wild west, to the streets, to the skies. The more things change, the more they stay insane.