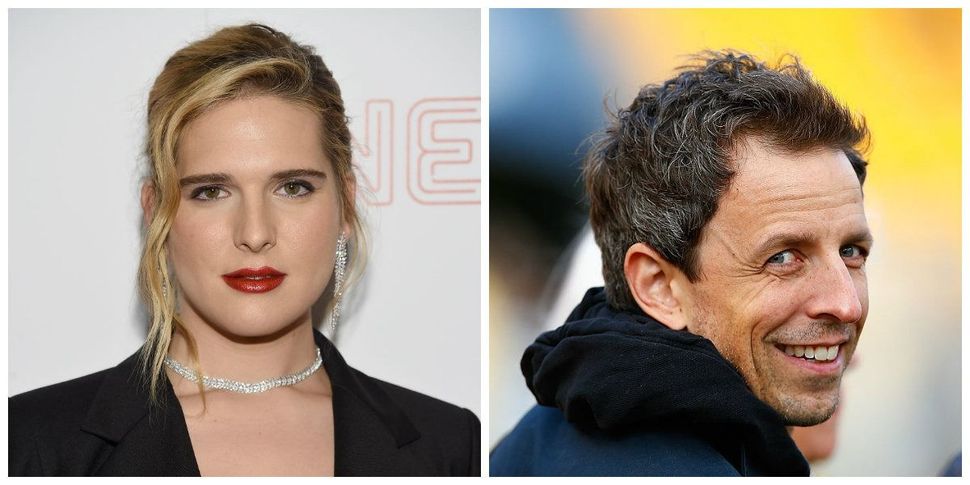 Nef, who made history in 2015 when she became the first transgender model to be signed by a major modeling agency, is a kind of old-new diva. A graduate of Columbia University, her natural glamor and taste have shone on screen, like in Amazon’s “Transparent,” and in glossy campaigns for brands like L’Oreal and Gucci.

As “Assassination Nation,” the brutal comedy from Jewish writer-director Sam Levinson thrills audiences, Nef told Meyers that her fascination with the Salem witch trials (an inspiration for the movie) goes back to childhood. The Massachusetts native remembered that as a child, “I would go to Salem every autumn to just walk around..there’s this museum there with this giant statue of Satan.” She laughed, gloriously. “It’s my favorite museum.”

After issuing a “shout out to my good sis Ann Putnam — Goody Putnam!” she said, of witch trials, “they’ve happened periodically in American history, over and over again — whether it was in the 50’s with Communists, or early in this century, with Muslims.”

And as Hari told Seth, that’s the tea.