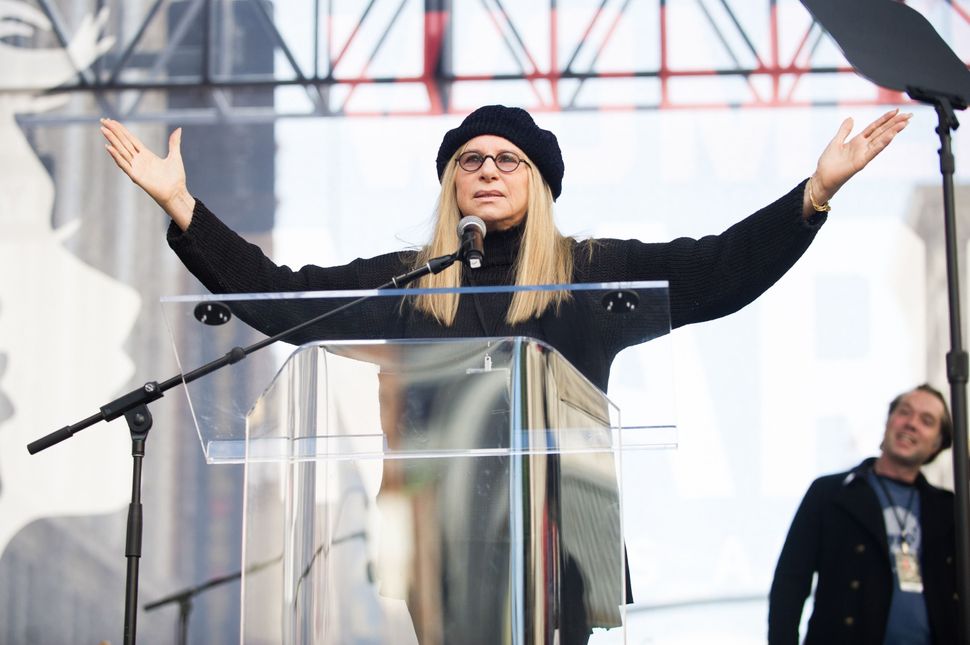 How could you lie to Babs’ punim? How? Image by Getty Images

How can an American citizen use her god-given gifts to make a difference when her country’s leader devotes himself to spreading misinformation?

If you’re a lawyer, you can offer pro-bono services to those in need. If you’re a teacher, you can augment your curriculum to focus on evidence-based fact-finding. And if you’re Barbra Streisand, you can write and record an emotionally explosive power ballad.

Don’t make excuses for your grandparents — Barbra Streisand is 76-years-young, she’s woke as hell, and she’s working harder than ever.

The icon dropped a new single, “Don’t Lie To Me.” Her inspiration? Donald Trump.

The woman who brought us a popular cover of “Avinu Malkeinu” has done it again: her new song marshals her virtuosic voice, epic emotionality, and righteous integrity. “How do you sleep when the world is burning?” she sings. “Why can’t you just tell me the truth?/Hard to believe the things you say/Why can’t you feel the tears I cry today?/How do you win if we all lose?”

Streisand told the AP that her intention was to write a song with “very subtle” allusions to President Trump. And it’s true that to a remote-dwelling monk, “Don’t Lie To Me” could double as a song about disappointed love. But for any other listeners it’s clear that Streisand, in her own words, “just went ballistic” on the president.

“I just can’t stand what’s going on,” she told the AP, referencing what she calls Trump’s “assault on our democracy, our institutions, our founders.” Streisand is a longtime liberal whose activism has reached a new high note since the 2016 presidential race. “I’m a kind of fierce American. I’m frightened for this country,” she said, citing the forced separation of immigrant children from their parents and denial about global warming. “And yet,” she said, “I have hope.”

Witch-ily, searingly, drawing on the tradition of Cher and musical theater, Barbra Streisand begs her nation’s leader to tell the truth. Sing it, Babs.

“Don’t Lie To Me” is the first single from Streisand’s upcoming CD “Walls,” out November 2.