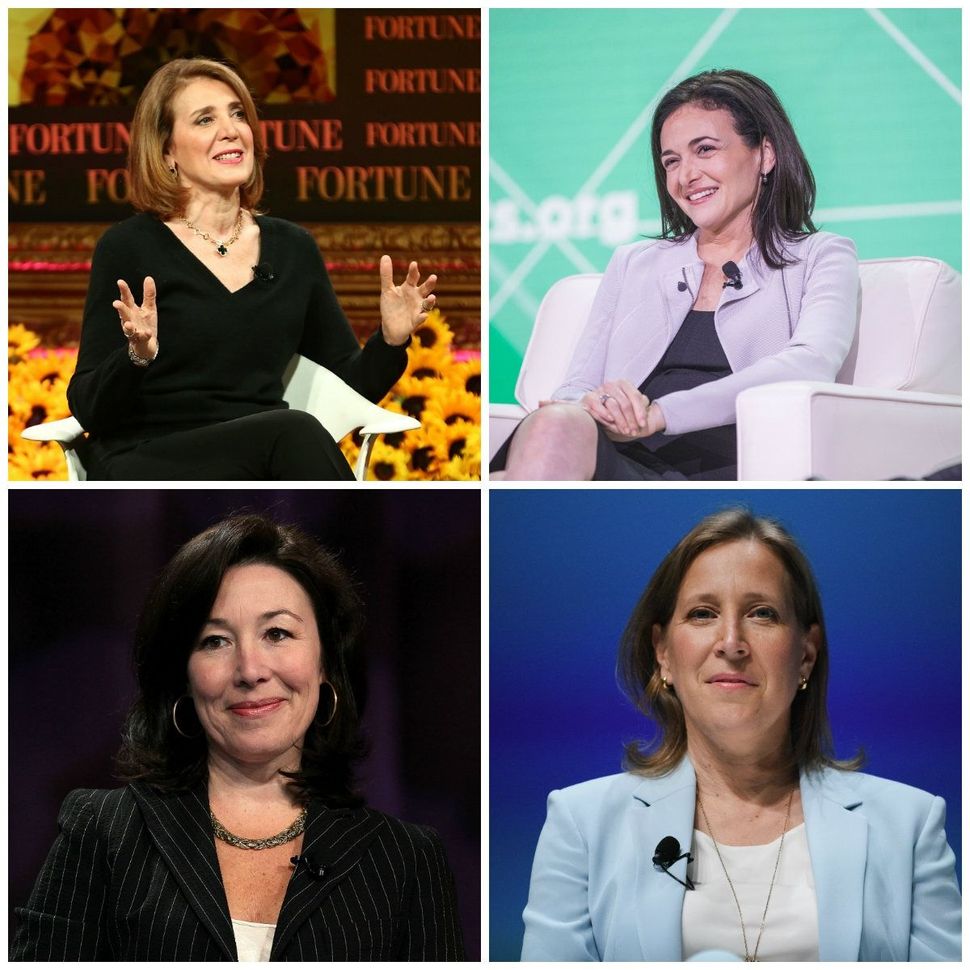 Who runs the world? Women.

But you knew that already. What you probably didn’t know is that Fortune recently released their 2018 list of the most powerful women in the country, and four women in the business magazine’s top ten ranking are Jews.

These superhumans were selected by Fortune with four qualifications in mind, according to the magazine: “The size and importance of the woman’s business in the global economy, the health and direction of the business, the arc of the woman’s career, and social and cultural influence.” And if we can put our two cents in, we’d add “bravery” as category number five. If there’s anything Dr. Christine Blasey Ford taught us on Thursday during her testimony, it’s that bravery and vulnerability can make a person powerful.

Here are the powerful, Forbes-ranked Jewish women who are changing the world:

With a net worth of $1.6 billion, the best-selling author of two books (“Option B” and “Lean In,”) Facebook’s COO Sheryl Sandberg has taught women around the world how to feel empowered in the workplace and at home. Sandberg has spoken candidly about her Jewish roots, and publicly defied Trump’s immigration policy earlier this year by posting a story about her great-great-great grandmother, Chana Bassa, an immigrant who escaped religious persecution and fled to Ellis Island in the late 1800’s. Even though Facebook has faced plenty of data privacy blunders in the past year, the social network continues to thrive as a platform where people connect and share their political beliefs.

The Israeli-American business executive has played a major role in turning Oracle into a cloud-based computing service. In addition to her work as Co-CEO of Oracle, she joined the Disney board in February. But we shouldn’t be surprised. Catz is Israeli — changing the computer software game is in her blood.

Wall Street-alum Ruth Porat is revered at Alphabet (Google’s parent company) as the ultimate cost-cutter and discipliner of smart spending. As a result of her work, Alphabet’s stock has jumped 25% this year, and its revenue climbed to one billion dollars in 2016. Porat’s history is striking — her father, Dan, was the only member of his family to survive the Holocaust, which he did by escaping to British Mandate Palestine before the war began. The business guru’s parents met in Israel and had Ruth when they moved to California, after Dan served in Israel’s war of Independence in 1946. In his memoir, the former IDF soldier writes, “One of the dangers of our times is materialism that leaves the soul empty and creates an illusion whereby higher consumption is equated with a better life. I hope my children and their children will not fall prey to this way of thinking.” Thankfully, Ruth has done her fair share of tzedakah (charity), donating computers and tech products as holiday gifts.

Youtube, billion-user video platform, is predicted to make over $20 billion this year, and the company is the brainchild of CEO Susan Wojcicki. The Harvard graduate was born to a mother of Russian-Jewish descent who became an influential educator and was named “The Jewish Mother of the Tech Revolution,” by the Jewish Women’s Archive. One of her sisters, Anne, is also a tech guru who serves as the CEO of ancestry company 23andme while the other, Janet, is a professor of pediatrics and epidemiology at UC San Francisco. According to Time.com, their mother Esther grew up in an Orthodox community that valued sons more than they did daughters. Oh boy (er, girl) did she prove them wrong.