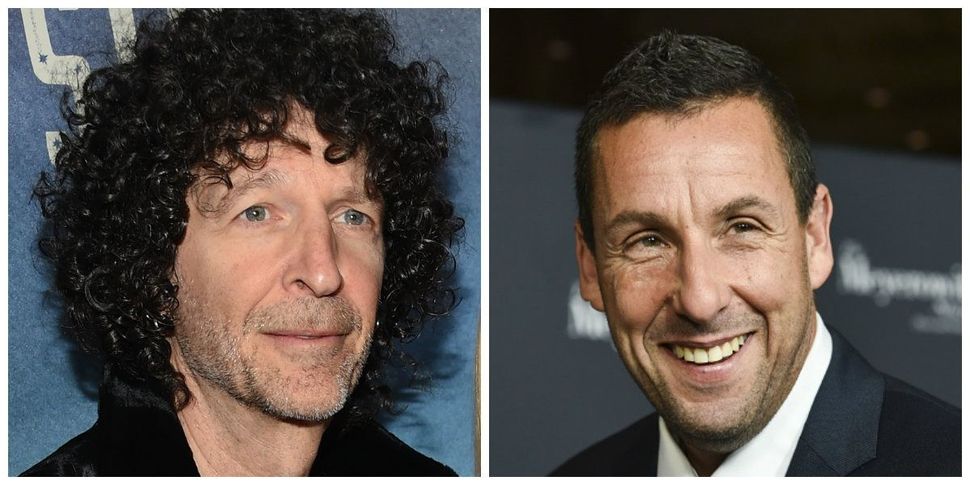 Sure, this bleeding-heart liberal vegetarian millennial will say it: Between his jokes about raping teen gun-violence victims and his decades of promoting sexual harassment, Howard Stern isn’t fit to lick our Tevas. And we’re not huge fans of Adam Sandler, either.

But Hashem-damn-it if the video of the two stars yodeling Torah blessings at each other isn’t the cutest thing on the internet this week.

Sandler — whose “Chanukah Song” rests him in the pantheon of Jewish comedy forever, though we could give-or-take any other part of his career — appeared on Stern’s SiriusXM show on Wednesday to promote his upcoming Netflix special, “100% Fresh.” It’s been over two decades since Sandler released his one and only previous comedy special (“What The Hell Happened To Me?” on HBO.) “100% Fresh” will debut on Netflix on October 23, following Sandler’s work with the streaming service on “The Meyerowitz Stories” and “The Week Of.”

In a typically sweeping hour-plus interview, Stern and Sandler chatted about everything from “The Chanukah Song” to Gary Shandling to peeing. (Not without Stern making light of Bill Cosby victims — naturally.) Near the end of the episode, the two men have a somewhat painful, telling conversation about dealing with body insecurity and “Jewish curly hair” — perhaps something of an insight into Stern’s apparent need to denigrate other people constantly. “There’s some Jews with great hair,” Sandler laments. “Well, there’s some quarter-Jews.”

“Jews gotta be proud of being Jewish,” says Stern, before asking Sandler if he’s “a big Israel guy.” (He is, and both men agree they might have to “hightail it over there” before things in America “get crazy.”) Sandler also tells an unbelievable story about David Spade picking up the tab for Sandler’s Passover seder.

But here is the humdinger of the interview, and maybe of both men’s careers: Howard Stern and Adam Sandler, reminiscing about their b’nei mitzvahs, sing the blessings recited before the Torah readings. Feast your eyes, diaspora:

You can watch the entire interview, in its full Jewish-referential glory, here.