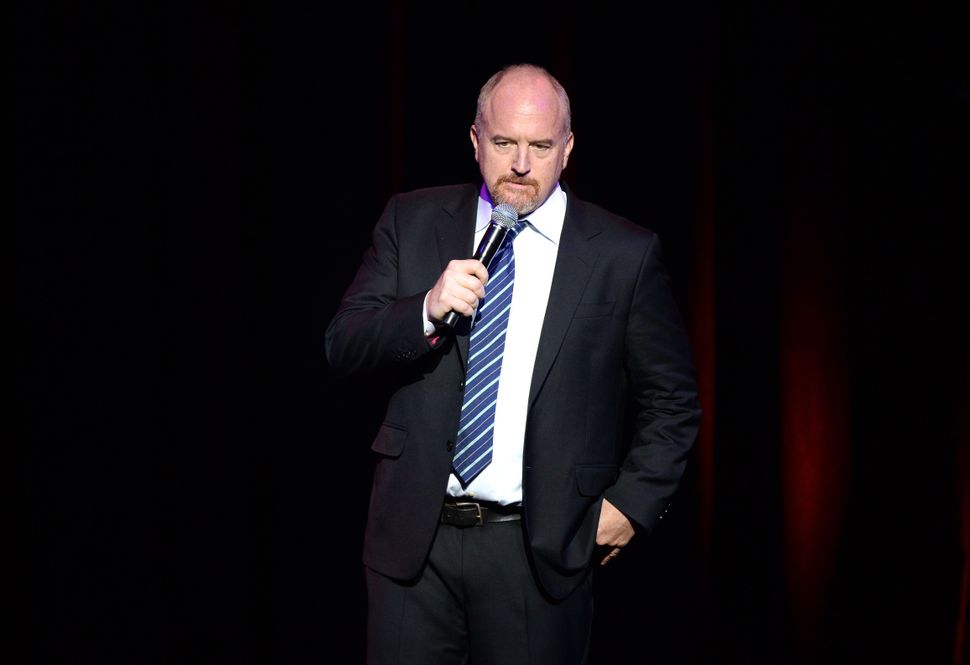 Louis C.K., back in action Image by Getty Images

The disgraced 51-year-old comedian, who in November 2017 admitted to sexual misconduct after The New York Times reported on accusations from five women, appears to have attained full forgiveness. From himself.

C.K. went down during the aftershocks of the Harvey Weinstein accusations, as reporters zeroed-in on misconduct stories and more survivors began to come forward. Having done zero reported restitution and no known counseling since The Times’s report, C.K. returned to comedy in a surprise set at Manhattan’s Comedy Cellar in late August. The controversial performance took place less than a year after the Times exposé, though in his statement C.K. had promised to “step back and take a long time to listen.” On Sunday night he saw fit to perform at the Cellar again, this time in the shadow of the Brett Kavanaugh confirmation hearings.

Reports from The New York Times and the Huffington Post say that C.K. enjoyed a mostly warm welcome and strong applause, although two women walked out of the club when they saw him. The Comedy Cellar, owned by Noam Dworman, has instituted a new policy in the wake of C.K.’s last controversial drop-in, called “Swim At Your Own Risk.”

“We never know who is going to pop in,” reads a note given to audience members, explaining that viewers are welcome to discretely leave “no questions asked, your check on the house.”

“He talked about how he took a ‘really long break’ and was coming back now, but beyond those two mentions, didn’t really acknowledge his past / the allegations,” an audience member told The Huffington Post. Part of his routine included some suspect humor, according to someone in attendance.

“One was a joke about taking his 9 year old daughter to Old Navy and seeing that they have boyfriend shirts for 9 year old girls, and then graphically describing, ‘Oh, is my 9-year-old supposed to be f***ing her boyfriend all night and taking his shirt?’”

It’s a typical C.K. joke, combining shocking vulgarity with a good point about the weirdness of sexualizing children. That kind of thing was funny when it came out of the mouth of a righteous, hard-talking dad whose persona was built on a foundation of being the kind of person who, however irreverently, would do anything to make the disgusting world better for his daughters.

Now, it just looks like a sex predator joking about his pre-pubescent daughter’s sex life.

It’s “a very scary time for young men in America,” our President said today. But take heart, young men: One day you’ll be 51, and nothing — not a New York Times investigation, not public shunning, not an ongoing national conversation about assaulting young women — will stop you from getting exactly what you want.