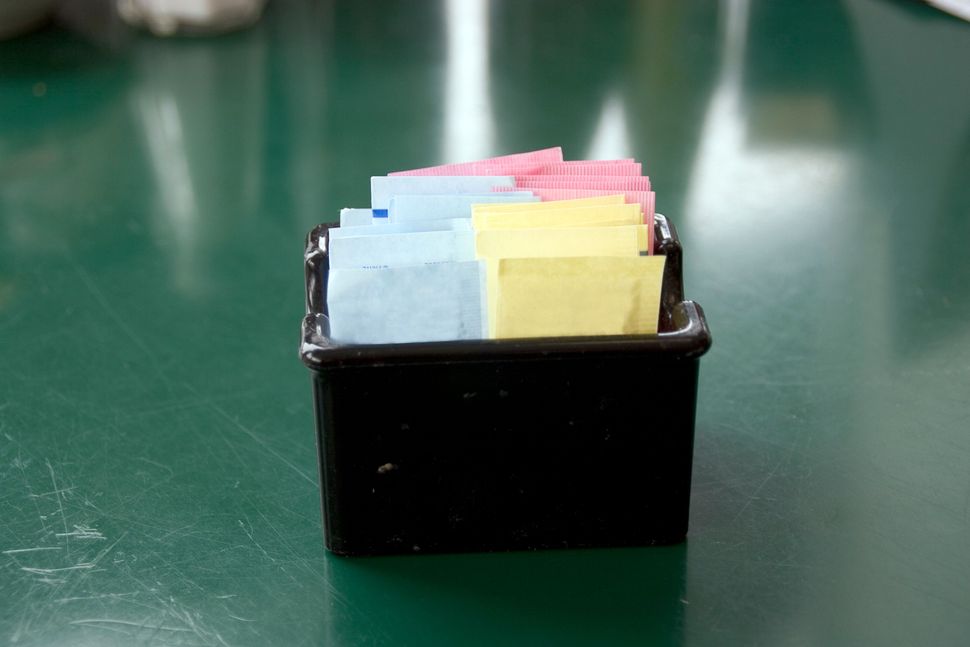 The craze for artificial sweeteners may come crashing down like a kid after a sugar high.

A new study published in Molecules by Ben-Gurion University Researchers and Nanyang Technological University in Singapore claims that artificial sweeteners have a toxic effect on gut microbes (the bacteria that ensure proper digestion in your gut.) The sweeteners were originally approved by the FDA.

The sweeteners tested in the study include sucralose, saccharine, neotame, advantame, acesulfame potassium-k. Scientists tested the effects of the artificial sweeteners on their own, as well as the effects of 10 sports supplements that contain them. Wondering if these are on your shelves? You should note that diet-sodas and the sweetener Equal contain aspartame while Splenda is made from sucralose.

Using a bioluminescent bacterial panel, scientists discovered that when people were exposed to only 1 milligram per milliliter of the artificial sweeteners, the bacteria found in the digestive system became toxic.

“This is further evidence that consumption of artificial sweeteners adversely affects gut microbial activity which can cause a wide range of health issues,” says Prof. Ariel Kushmaro, a member of the National Institute for Biotechnology in the Negev.

Not only do artificial sweeteners have negative consequences for the human body, they’re also polluting our environment through drinking and surface water like ponds and lakes. With these new findings The Ben Gurion University of the Negev can further research chemicals and their effects on the human metabolism. The study notes that the full ramifications of artificial sweeteners still need to be further investigated.

In the mean time have…a regular Coca-Cola, I guess?