Timothée Chalamet Says He ‘Wept For Hours’ After High-Pressure Audition 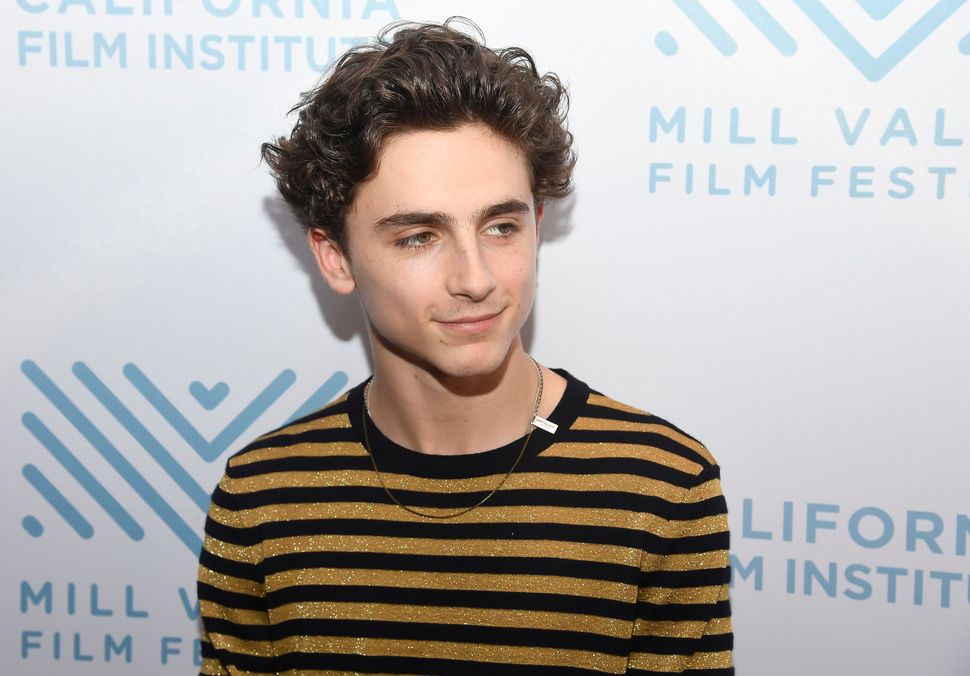 Timothée Chalamet took an industrial drill to our hearts with his performance in “Call Me By Your Name” and looks posed to do the same in the upcoming “Beautiful Boy” with Steve Carell. So it’s good to know that Tim cries, too.

Human china-doll Chalamet is no longer a rising star. A more apt metaphor might be a luminous, opalescent moon the public gazes at in great wonder. The 22-year-old Jewish actor’s combination of bird-boned physicality and emotiveness won audiences hearts last year in two Oscar nominated films — “Call Me” as well as “Lady Bird” — but Chalamet doesn’t always win.

In an interview with Time Out London, the young star spoke candidly about the painful process of auditions and rejection. Asked if his workload is ever overwhelming, he responded, “I’d rather be stressed out over how much work I’m doing than sitting in an apartment on 163rd Street and Grand Concourse in the Bronx, waiting for the phone to ring. Or taping an audition for “The Neon Demon” that I rehearsed for a week and sent in, and they didn’t respond. Or for “The Theory of Everything” or “Miss Peregrine’s Home for Peculiar Children”.”

And even before those fateful phone calls, the process of going out, again and again, for roles is grating. Chalamet said of high-pressure auditions, “I don’t deal with them – I don’t know how. Please tell me how. ‘White Boy Rick’ is a movie that’s coming out. I wept for hours after doing that audition.”

Wept for hours! About “White Boy Rick”! A Matthew McConaughey movie that got a 58% from Rotten Tomatoes! Even Timothée Chalamet doesn’t always get what he wants.

Timothée Chalamet Says He ‘Wept For Hours’ After High-Pressure Audition