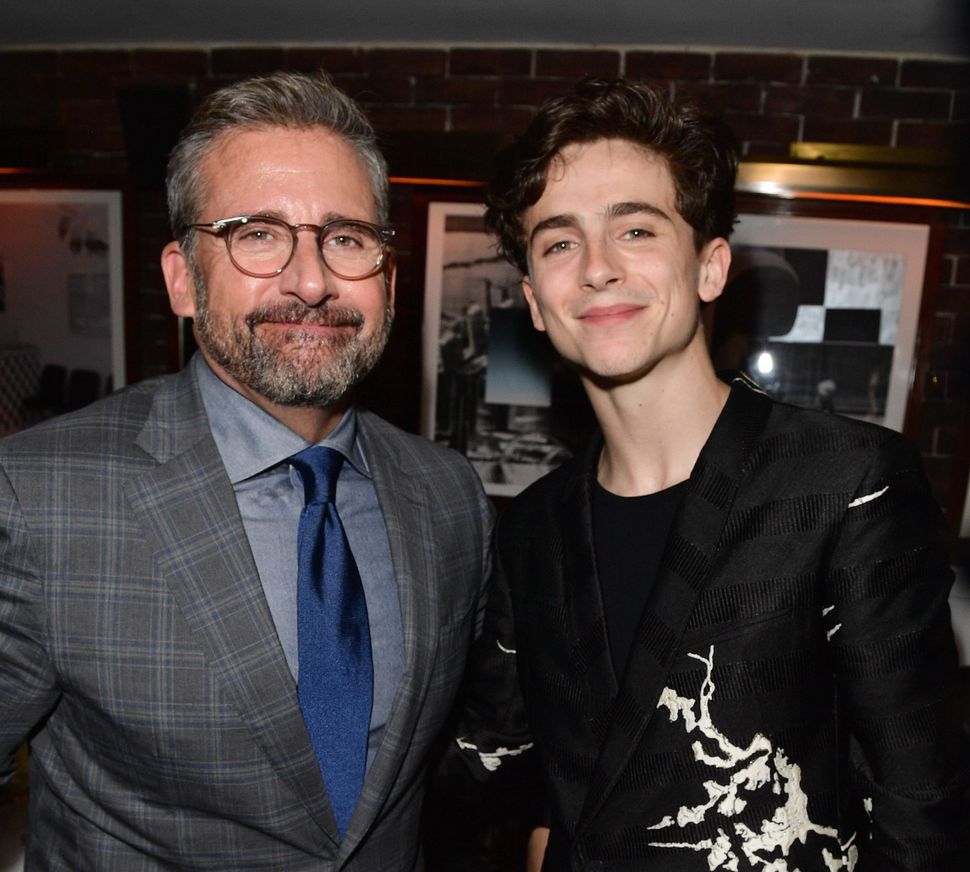 “Titanic,” “The Notebook,” anything by “This Is Us” creator Dan Fogelman… now Timothée Chalamet and Steve Carell’s upcoming movie looks primed to top the list of movies that best clear our tear ducts.

“Beautiful Boy” will open October 12, and the new, full-length trailer for the movie is already blasting open the Oscar race. Based on a true story and memoir of the same name by father and son David and Nic Sheff, the wildly painful story charts Nic’s battle with addiction and its affect on his relationship with his father. Amy Ryan also stars in the movie, which is getting early rave reviews for both Chalamet and Carell’s acting.

We certainly won’t pass up on an opportunity to see Jewish “Call Me By Your Name” star Chalamet in a movie with the word “beautiful” in the title, or to see Steve Carell’s consistently outstanding dramatic acting. But the subject matter in “Beautiful Boy,” especially considering the ongoing opioid crisis, requires careful handling. We’re withholding judgement until we see what addiction survivors and experts say about the film. But, as a matter of public safety, we’re not withholding tissues (wouldn’t want to cause flooding.)

Behold, the trailer for “Beautiful (and heart-rending and touching and painful and devastating) Boy”: