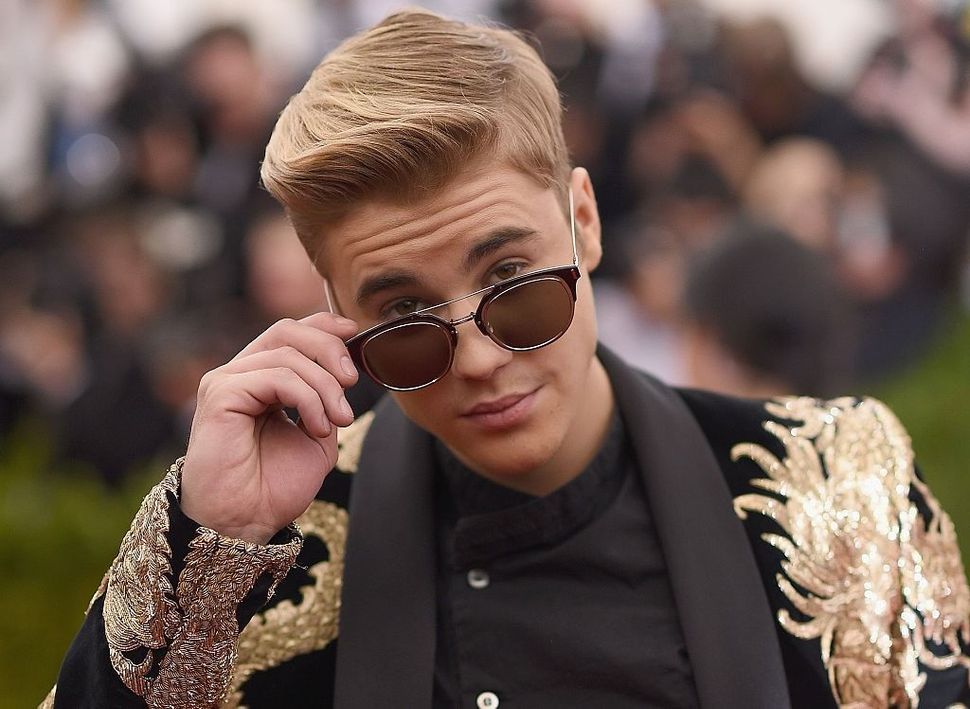 Justin Bieber frequently sings about moms, a category of women he clearly has great affection for. But the grandmother file in his oeuvre was thin until this point. No longer.

Bieber’s longtime manager Scooter Braun spoke about his client’s warm relationship with Braun’s grandmother on Thursday night. Receiving the title “Ambassador of Peace” at an event for the pro-Israel Hollywood group Creative Community for Peace, Braun shared an anecdote about his most famous client and his grandmother. Braun’s grandparents are both Holocaust survivors, he told the crowd — his grandfather survived the Dachau concentration camp, and his grandmother lived through Auschwitz. His grandmother went on to be a warm, optimistic person, he said, adding that when Bieber performed in Yarkon Park in Tel Aviv in 2011, Bieber introduced Braun’s grandmother. He shared some of her story, then called her to the stage, to greet the 35,000 concertgoers.

On the same trip, Braun said, his grandmother accompanied Bieber to Yad Vashem, Israel’s Holocaust museum, where he gently led her by the hand through the exhibits.

It’s not that we think a teenager (Bieber was 17 at the time) deserves much fanfare for being able to go through a Holocaust museum or for paying appropriate homage to a survivor. But our boy Biebs has had his name dragged through the mud a bit when it comes to the Holocaust (Anne Frank was a popular, voluble tween girl and she probably would have been a Belieber!) so we want to restore his shem tov.

also got to visit Yad Vashem Holocaust Museum. An incredible place and something i will never ever forget.

Braun, who continues to manage Bieber as well as stars like Ariana Grande, called for “honest dialogue” in the rest of his speech for the Israel-focused organization. Besides Israel, he said, “Everyone [should] also play in the West Bank, or any country where their voice can be heard to make a change.”