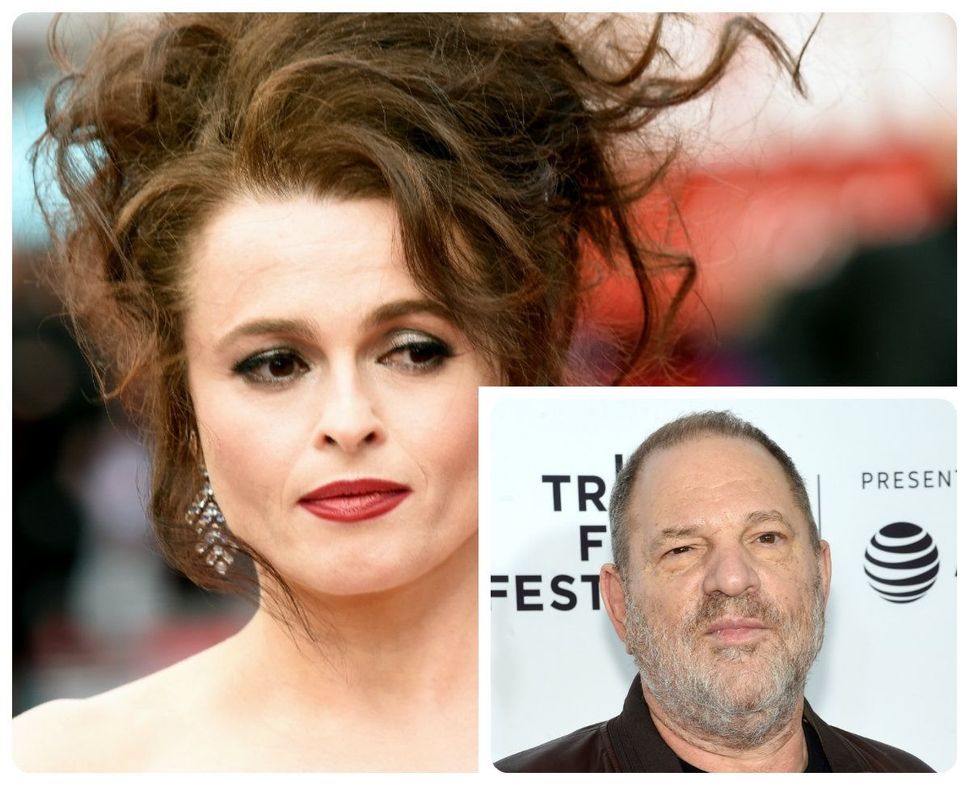 Just a year after the New York Times broke the watershed story about Harvey Weinstein’s now-infamous alleged behavior, Bonham Carter told The Guardian her thoughts on the #MeToo movement. “It is definitely a good thing that #MeToo has happened,” said the cult-favorite actress. “Any kind of abuse is not on. But I think one has to be careful. You have to be absolutely rigorous about what somebody has done to stand up and accuse them. You have to honor #MeToo.”

The British starlet opened up about numerous high-profile public figures who have been accused of sexual misconduct and abuse, and mused about each of them. One of the disgraced hotshots that she discusses is Weinstein, with whom Bonham Carter has worked.

The notably non-traditional actress refused to take an extreme view on Weinstein. She told The Guardian that she believes that, “Nobody is wholly bad and nobody is wholly good. He was very clever. There are a lot of reasons he was very powerful. He knew how to get you Oscar nominations. Both my nominations are due to him. And he had great taste in films.”

Yet she counters this view of Weistein with a window into his behavior. “I found the way he treated certain people chilling—without any kind of respect,” she recalled. There were many times I disagreed with the way he behaved, and I don’t mean sexually.” Bonham Carter says she did know that Weinstein was steeped in sexual power dynamics with certain people but thought, at the time, that “it was consensual.”

She added, “There were times when Harvey asked me to do certain things, and I said no. I knew I was running a thin line. Standing up to him wasn’t an easy thing to do because I knew I could potentially lose work.”

Bonham Carter, asked about the also-accused Johnny Depp, with whom she has worked extensively, called him “still a friend,” though she acknowledged she has not seen much of him lately.

Nobody is too likely to be satisfied with Bonham Carter’s interview — it doesn’t suit any particular narrative. But the actress seems to be telling her story with total honesty, and she’s as fascinating as ever.