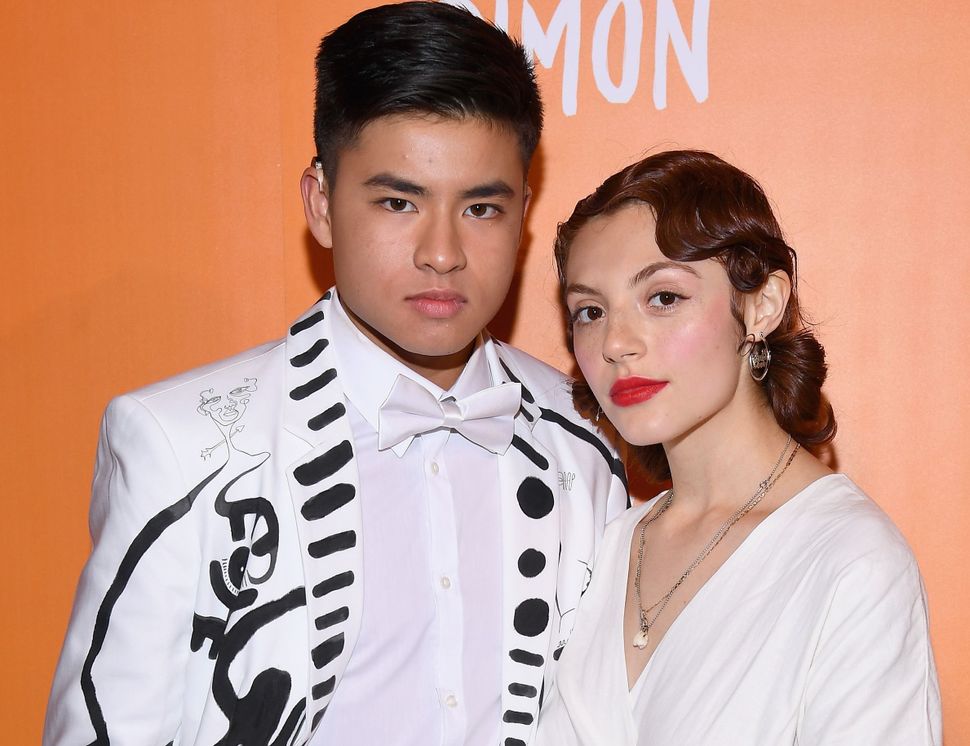 Chella Man is the first deaf Jewish-Asian model to sign with IMG — one of the most prominent modeling agencies in the world. The agency, which is known for an inclusive work environment, boasts a rolodex of models including Bella Hadid, Hailey Baldwin, Ashley Graham and other industry giants.

“There is an extreme lack of representation for young, Deaf, queer, Jewish, Asian, transgender artists — sorry, that is a mouthful!” he told Teen Vogue. “I decided to be my own representation,” he said. “My hope is for this visibility to provide hope and motivation towards all who can see bits of themselves in my journey. I strive to be a transparent role model I wish I had as a queer, deaf kid from a conservative town.”

Feeling impressed? Get this — He’s 19. And on top of everything he’s studying virtual reality at the New School in Manhattan.

Chella credits some of his success from being exposed to openly gay leaders, like his synagogue’s Rabbi. “Seeing our temple’s community accept a queer individual as a leader gave me hope at such a young age. It made me feel included in a community as well as Jewish culture,” The New School student told Jewish femme photographer Marisa Chafetz in an interview for i-D.

His Jewish roots have given him a better rapport of inclusivity. “Jewish people have faced immense loss throughout history. This loss reminds me to be as inclusive as possible,” he said. In a single year his Youtube channel that chronicled his transition journey has garnered 200k subscribers and over 2 million views.

The chiseled, charismatic teen came from “a small town with narrow minded people,” but thankfully his support system made it less scary to come out. He considers his mom to be his “Jewish Hero,” saying, “Her empathy and open mindedness towards my struggles with gender/sexuality have always allowed me to feel safe with her and “at home” in our family.”

Performance artist MaryV is another salient woman in Chella’s life that has supported him through his transition and testosterone journey. When IMG announced that her BF signed on with their agency, she instagrammed a picture of Chella proudly wearing a Star of David necklace. Another Jewish related necklace he frequently wears is engraved with Hebrew letters that spell out “Chai” [life]. Both emblems convey Chella’s admiration for his Jewish identity.

Winter is coming. This lives in the back of my mind around this time of year as I struggle with seasonal depression. I want to spread positivity and light to those of you facing similar thoughts! Everything will be fine, as MaryV and I always sign to each other. Tips to help you power through in the winter: Finding a space with an abundance of natural light! Due to my vitamin D levels being low, I’ve found it beneficial to spend time in these spaces. It instantly blows the fog off my mind. Working out. The endorphins released replace any the drowsy feelings I have and create a clean, emotional state for the day. Finding time to breathe. Due to my thoughts being clouded in the winter, I always make sure to take personal time for relaxation and thinking outside of my digital devices. Don’t forget to take some deep breathes too. Remind yourself the clouds will pass, and the sun will come out again. Go into winter this year with the mindset that it will be the best one yet! Stay warm, angels ! _ Image Descriptions: Photographer: Emily Rabinowitz 1. Chella standing, shirtless, with arms around body. 2. Chella’s body twisting to the right, hands resting on his head. 3. Chella’s right profile, head up-eyes closed.

Chella, we know you’re in the big leagues now. But your commitment to honoring your history and your marginalized identities benefits us all in ways small and large. Mazal tov, and happy coming-out-week-shabbat!