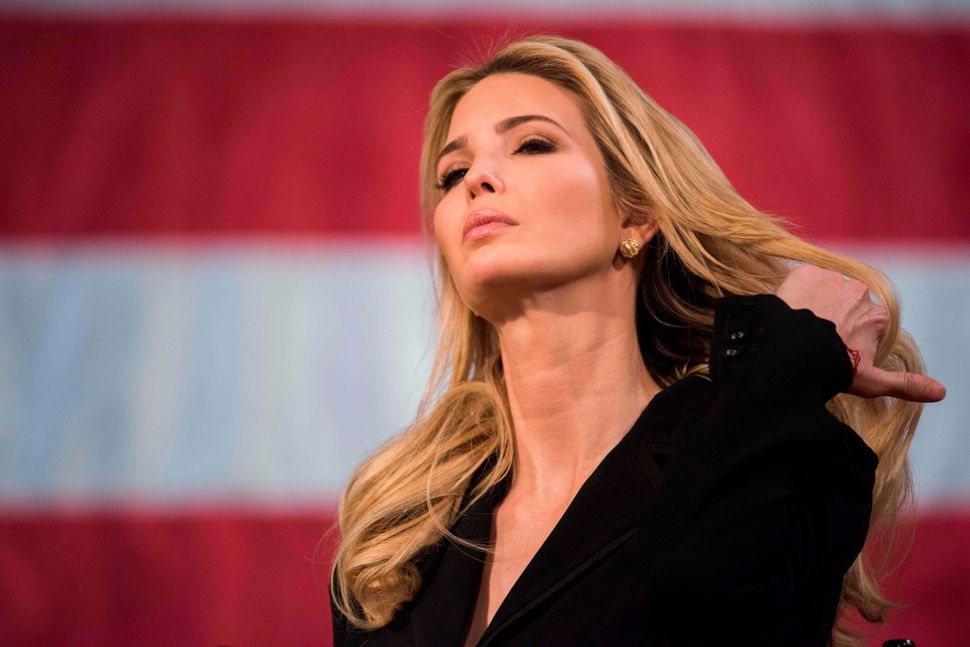 Socrates: A philosopher? A gas attendant? A soccer player? Or a dog? Image by Getty Images

In a tweet on Tuesday, Ivanka Trump misattributed a quote to Socrates. “‘The secret of change is to focus all of your energy, not on fighting the old, but on building the new.’-Socrates” she initially tweeted, later deleting it and reissuing it with the caveat “Socrates the fictional character, not the person.” She’s forgoing the “Apologia,” apparently.

“The secret of change is to focus all of your energy, not on fighting the old, but on building the new.”
-Socrates (note: a fictional character not the philosopher)

An erroneous quote on social media is a victimless crime, and the Schmooze would normally prefer to go after Ivanka for her not-so innocent actions, such as standing by the forced separation of traumatized children from their desperate parents, or her mincing smiles and feigned deafness during the Supreme Court confirmation hearings of a man thrice accused of sexual violence. But we can’t allow an opportunity this ridiculous to pass us by:

For the presidential advisor did not just assign to the thinker a quote said by another philosopher. No, Ivanka Trump attributed to the father of classical thought words actually said by a fictional gas station attendant to a despondent teenage gymnast. Don’t worry — we’ve looked into it and we’re pleased to report the gymnast is Jewish.

Don’t forget, this isn’t Ivanka’s first time playing it fast-and-loose with inspirational quotes. In September 2016, on a day that shall join other Jewish hardships in being memorialized on the 9th of Av, Ivanka attributed a Hillel quote to the actress Emma Watson.

Oh Ivanka! Don’t you know by now to admit that you know nothing? For the quote is the work of Jewish author Dan Millman, whose semi-autobiographical novel “Way of the Peaceful Warrior” follows the story of an existentially confused young gymnast and his mentor, a philosophical gas station attendant named Socrates. The book, a bestseller, was inspired by a real gas station worker whom Millman found reminiscent of Socrates. And if you want to know how the Schmooze found out that Millman is Jewish, we’ll let you in on our reporting secrets — he’s listed in the “So Cal Jewish Sports Hall of Fame.” He was a three-time All-America and NCAA trampoline champion. Eat your heart out, people convinced Jews can’t do sports.

Speaking of sports, Ivanka’s misbegotten attempt to align her brand with great historical thinkers has caused a kind of intellectual gymnastics, with many media sites reporting that the first daughter misattributed a Socrates quote to “a fictional character.” That is precisely what she did, but, ironically, the Socrates most of us know from Greek philosophy is filtered through Plato, whose accounts of Socrates are, themselves, considered fictionalized.

So good luck getting out of that intellectual cave.