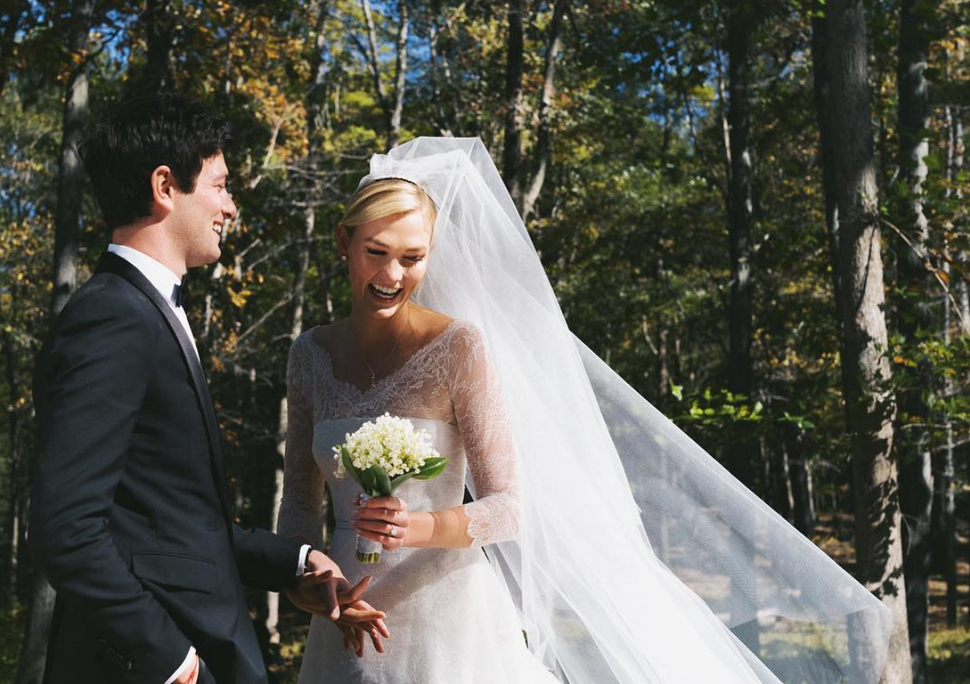 It’s the moment we have all been waiting for.

Joshua Kushner, businessman and brother of presidential advisor Jared Kushner, married Karlie Kloss, supermodel and tech-ed entrepreneur. Red, blue, Jew, non-Jew, obsessed with the way the ideological differences within the tight-knit Kushner family must cause relentless low grade friction or just attracted to Victoria’s Secret models — whoever you are, this is huge. (Or another terrible example of the American public caring more about beautiful strangers than the unremitting domestic and foreign crises that threaten the world we know. But don’t be such a buzzkill!)

At press time, only one member of the wedding party has made any details of the long-awaited Kloss-Kushner nuptials public. Here is the fiercely beautiful picture of the couple posted to Instagram by Kloss on Thursday night:

In addition to the explosive photo evidence, a rep for Kloss confirmed to People that the couple, whose three month engagement followed six years of dating, were married on Thursday, October 18, in upstate New York in front of 80 people. The ceremony was Jewish — Kloss converted in anticipation of the union — though the name of the officiant is unknown. The Schmooze pledges to do everything in its power to uncover this person’s identity.

“The wedding was intimate and moving,” a source told People. “The couple was beaming with happiness.” The bride, a new-world mix of fashion icon and feminist engineering guru, wore Dior.

The couple looks overjoyed. We wish for them every blessing — that through the days of the Sheva Brochas and beyond, the voice of laughter and the voice of joy shall be heard across Judah and Jerusalem — as well as the now-maritally conjoined voice of a couple that hasn’t done Thanksgiving with the very, very interesting in-laws yet.