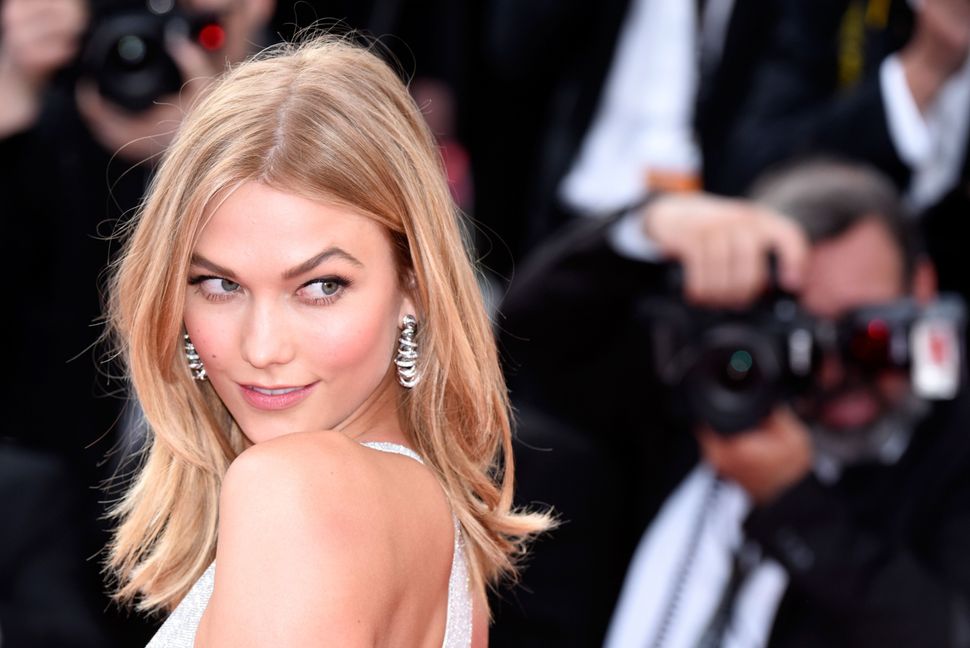 Welcome to the tribe, Karlie Kloss! Image by Getty Images

Kloss, who is engaged to the least-objectionable adult Kushner (Joshua), reportedly converted ahead of their engagement, as The Schmooze has long suspected. Kloss is thought to have studied at New York City’s Kehilath Jeshurun, an Orthodox synagogue, under Rabbi Haskel Lookstein, which is precisely what her sister-in-law-to-be Ivanka Trump did before her marriage to Jared Kushner.

We are of many minds about this.

One — Another Jew! In ya face, Hitler.

Two — Are floppy-haired, politically centrist, ethically ambiguous Jewish men everywhere now going to think they can get supermodel tech titans to convert for them? That will be exhausting and offensive to all, but fascinating to witness.

Three — Are we playing into disgusting racist pseudoscience if we say it’s fun to get another tall blonde in the gene pool? Because, like we said, we do think it’s fun.

Four — Karlie Kloss seems like a nice person whose physical appearance, wealth and fame have made her wildly out of touch with normal human life. But we wouldn’t wish in-laws who imprison children on anybody. It feels weird to pity a multi-millionaire model, but we do.

Five — We could go on like this from here until the High Holidays. But we’ll leave it at this — it’s the opinion of The Schmooze that Jews as individuals can be anything. They can choose their yetzer tovs (good instincts) or yetzer rahs (the opposite). We welcome Karlie and hope she will choose the good instinct inside of her in all she does and be an or l’goyim (a light to the nations). She’s certainly tall enough for the job.