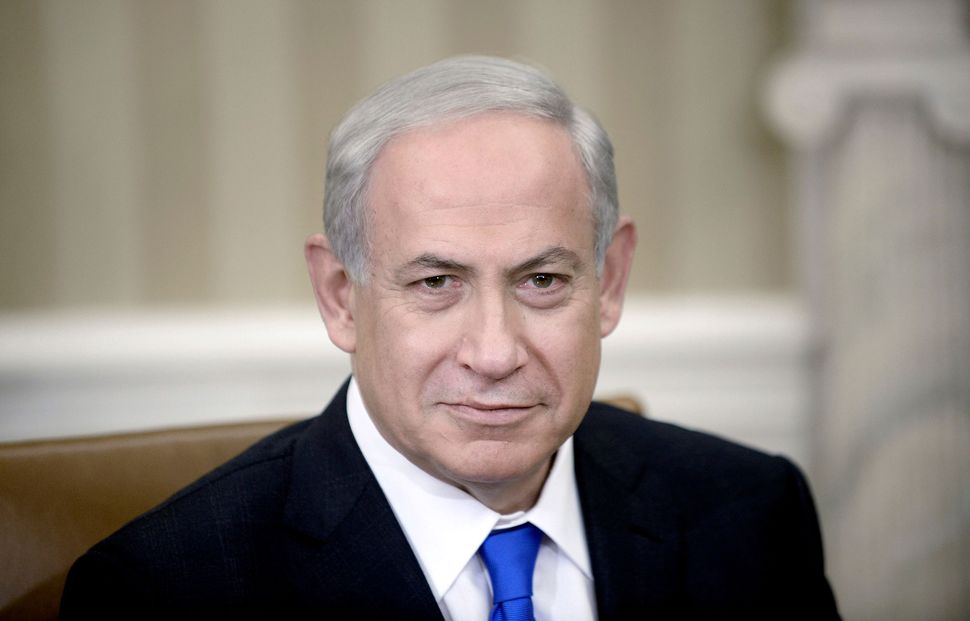 Say what you will about Israeli Prime Minister Benjamin Netanyahu, but remember this: He’s got a thick head of silver, a voice like an Israeli Sam Elliott, and a twinkle in his eye so gleaming it could throw off the start of havdalah. The man’s a charmer. And like all lovable operators, he has the weird “Hamilton” anecdote to prove it.

Regaling the Jewish Federation of North America’s General Assembly in Tel Aviv on Wednesday, our Bibi returned to one of his favorite topics: the hit Broadway musical “Hamilton.” The Prime Minister and his wife Sara Netanyahu caught the blockbuster hip-hop show in September 2016 and were greeted loudly, the JTA reports, by both boos and applause plus, reportedly, two women who were taken from the theater after shouting “Free Palestine” (again, politics aside — you have to feel pretty strongly about an issue to lose your “Hamilton” tickets over it when you’re already in the theater). The PM has been vocal about his love of the musical, and told the crowd at the JFNAGA, per Reuters reporter Dan Williams, “How did I get tickets? Because my cousin’s wife works in the production – that’s how.”

Oh, Bibi! We love how committed he is to his own brand. In one comment he bragged, referenced his connections, implied that all of Israel is responsible for one another, suggested that he is a man of the people rather than a VIP macher, and displayed the sass of a teenage girl.

That’s our Prime Minister! He is never, ever one to throw away his shot.