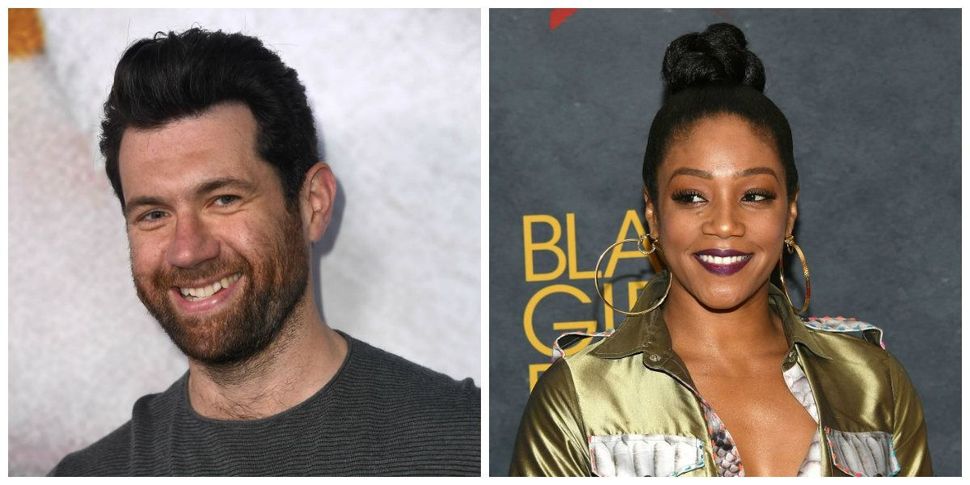 Lots of talk about “witch hunts” these days. Comedians Billy Eichner and Tiffany Haddish went ahead and literally did one. And the public is right to be afraid: They don’t want any straight, white men.

Eichner, the diamond in the rough, rough patch all of American culture is in right now, and emerging comedy icon Haddish pound the pavement in a new scene from Eichner’s popular “Billy On The Street.”

In the improvised skit, released on Wednesday, Eichner and Haddish seek to recast the cult classic Halloween movie “Hocus Pocus,” which starred Bette Middler, Sarah Jessica Parker, and Kathy Najimy as comedically spooky witches — they joke that they plan to cast themselves in two of the roles and find a suitably diverse third witch to match their gay, black (and Jewish!) credentials. And away they go!

Eichner’s comedy is one of the best things about being a sentient Internet user these days, and Haddish’s massive charm makes gracious room for his schtick. But it’s New Yorkers who steal the scene here — they’re generous, they’re fun, they’re capable of making fun of themselves. “Woke Hocus Pocus” can’t come soon enough.