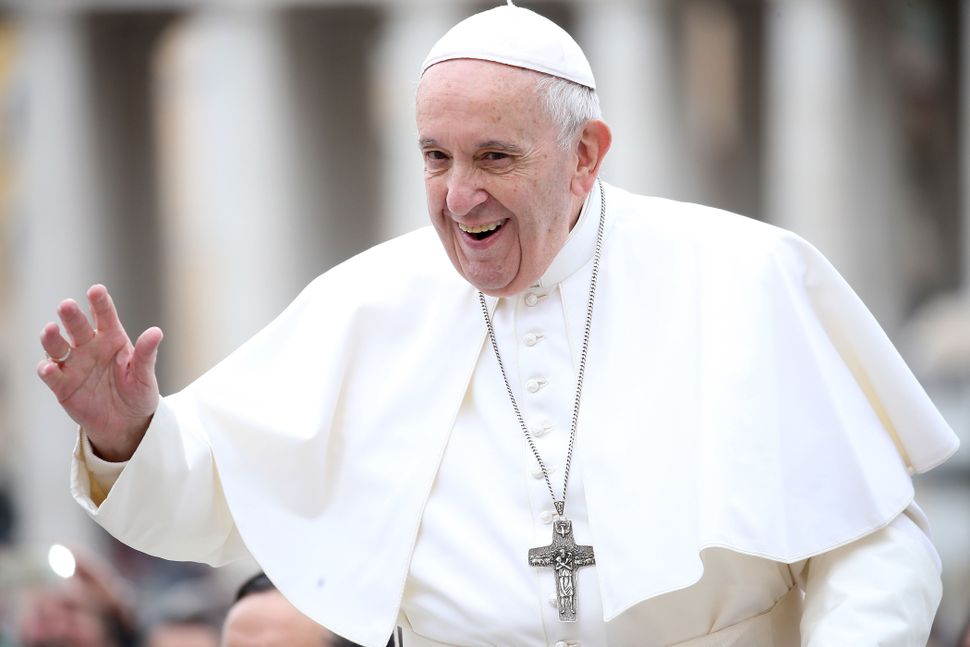 Roughly 3,500 years into the great experiment known as Judaism, and things are going better than we could have possibly imagined and more painfully than we might have hoped.

We’re rocking a rich global culture, an independent Jewish state, and nifty inventions like Google and braided egg bread. We Jews also continue to experience vile acts of anti-Semitism — the murder of eleven Jews in a synagogue in Pittsburgh last week is perhaps the most horrific piece of evidence that we remain far away from the world to come.

Much historic anti-Semitism has been not just hatred of Jews for being Jews, but specifically the hatred of Jews for not being Christian. So excuse us if we say thank Pope Francis for his incredibly strong statement of ally-ship to the Jewish community.

Pope Francis addressed a group of rabbis from the Caucasus region at the Vatican on Monday. Among other things, he called on people everywhere to “commit ourselves to ensure anti-Semitism is banned from the human community” and shouted “Shalom Aleichem!”

What he is actually saying is — Christians who hate Jews are false Christians and have no place in our faith.

It’s perhaps the most radical statement of support a head of the Catholic Church has ever made on behalf of the Jewish people.