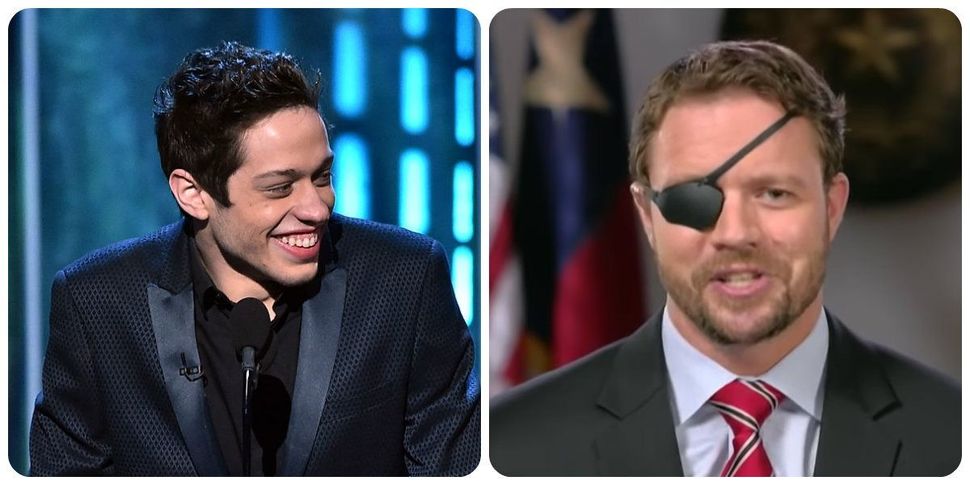 Everybody was a winner on Saturday night.

Pete Davidson apologized on air on Saturday Night Live for the joke he’d made in a segment the week before, mocking injured veteran and then-GOP House candidate Lieutenant Commander Dan Crenshaw. Crenshaw himself then appeared on air, graciously accepting the apology, getting in some funny barbs, and speaking movingly about Veteran’s Day. Saturday Night Live redeemed a bankable star and broadcast a unifying moment and Crenshaw, who won his election in Texas’ second district, appeared more compelling than ever.

The biggest winner of the night: Crenshaw’s publicist.

Not only was the SNL blowup a huge boon to Crenshaw’s campaign and public image, but it also totally blotted out any memory of the fact that the former Navy SEAL is linked to far-right conspiracy group “Tea Party,” which popularized the Pizzagate conspiracy. On August 31, Newsweek reported that Crenshaw and four other GOP nominees were or had been administrators on a popular Facebook group that bolstered the 2017 Unite the Right rally in Charlottesville, pushed Pizzagate, and provided a comfortable home for racist chit-chat.

When Newsweek contacted Crenshaw about the group he was listed as an administrator and had posted two of his campaign movies to the group, Crenshaw told the publication he’d “never actively managed or interacted with that page.” He then removed himself from the group.

“Thanks for making a Republican look good,” Crenshaw grinned at Davidson during the segment.