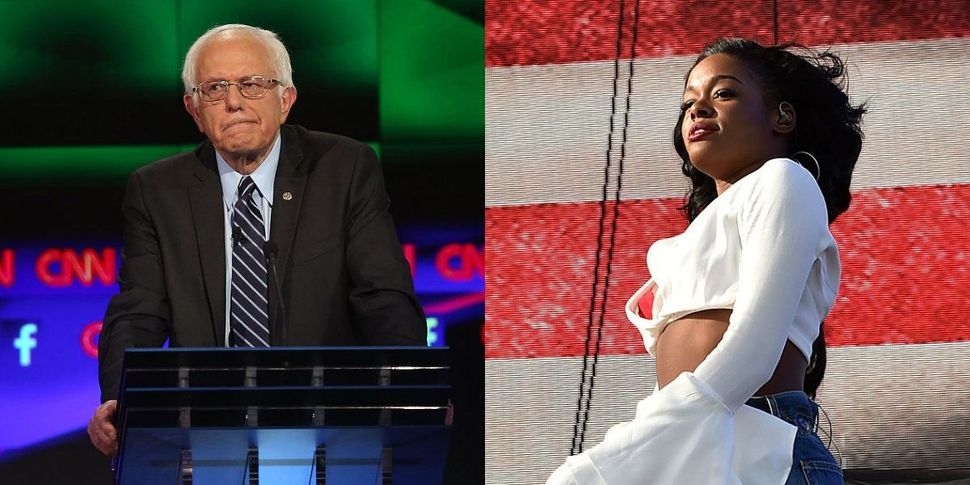 It was bound to happen.

Azealia Banks is a quicksilver, hyper-sexual, socially radical rapper known for erratic behavior, hot-headed internet fighting, and, once, claiming to have lurked inside of Elon Musk’s house for days.

It was inevitable that these two would clash. The question was not “if,” but “how much popcorn should we bring?”

On Thursday, Sanders posted a message to Instagram, with the caption, “We all must stand together to reject Trump’s bigotry.” The content of the post was pretty standard Sanders-ian anti-Trump fare, accusing the president of racism, sexism, homophobia, xenophobia, and religious bigotry. These all seem (despite some of Banks’ own xenophobic scandals) like messages that would resonate with the “212” rapper.

But we must never underestimate Azealia Banks’ ability to feud. Her delivery is not delicate, and she’s pretty off-base when you consider Sanders’ long history of anti-racism work, but she does make some excellent points:

Yes, the unlikelihood of this match-up is obscenely delightful. But honestly, for all Banks’ foibles (and Sanders’, too,) they’re both great minds. They’re both passionate. They’re dialogue is interesting.

Here are some ways we’d like to see it continue:

-A formal debate, moderated by Robin Roberts
-A format exchange where Sanders raps and Banks gives a speech on the Senate floor
-A series of short, highly edited YouTube videos
-A hip-hop opera written by Lin-Manuel Miranda